Black and White American Voters Live in One Country, But Two Different Worlds

The political outlook of blacks in America has undergone dramatic swings in the last ten years — from the depths of powerlessness during the aftermath of Hurricane Katrina, to the zenith with the election of the first black president, Barack Obama.

Now, with another presidential election looming, blacks are again confronting new issues as they judge and sometimes question the impact of Obama’s election, contends UChicago political scientist Michael Dawson, whose work finds sharp contrasts between how African Americans and whites feel about their country.

Those two recent events, the New Orleans hurricane in 2005 and the election of President Obama in 2008, put that difference in focus, he writes in Not in Our Lifetimes: The Future of Black Politics, published Nov. 1.

“Shortly after the Katrina disaster, barely 20 percent of blacks believed that racial equality for blacks would be achieved either in their lifetimes or at all in the United States,” writes Dawson, the John D. MacArthur Distinguished Service Professor in Political Science and director of the University’s Center for the Study of Race, Politics and Culture. 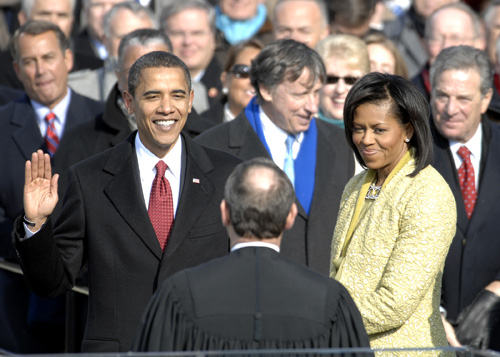 When Obama was elected, three years after Hurricane Katrina destroyed much of New Orleans, slightly more than half of blacks then said they believed they would soon enjoy equality, Dawson found in opinion surveys he conducted whie researching the book.

Whites were even more optimistic about the advent of racial harmony, with nearly 80 percent feeling that blacks would soon achieve equality, he found. Yet, in those three years, the euphoria has waned, Dawson said; Obama’s election did not lead to a resurgence of black political effectiveness or a reduction in racial conflict. Poverty among African Americans has continued to rise as the national economy has struggled.

Hurricane Katrina reflected a particularly bleak period for black political effectiveness, Dawson writes. Dawson and colleagues conducted polls at the time that showed the strong divide between blacks and whites, who had almost totally different takes on the meaning of the disaster.

When asked, for instance, in a survey that controlled for a number of variables—including age, income and education level—if the federal government should spend whatever money needed to restore people to their homes, 79 percent of blacks said yes, while only 33 percent of whites agreed.

Dawson characterizes Katrina as “the nadir of black politics” because of the inability of blacks to mobilize as a response to the suffering. “The lack of mobilization was linked to a distinct lack of allies available to African Americans during the Katrina crisis. In the past, black politics was capable of not only mobilizing black communities, but also of generating and mobilizing other communities,” he said.

Many whites were uninterested in African American problems, he contends. When the 2000 presidential election raised questions about black disenfranchisement, for instance, nearly 60 percent of whites said they didn’t think it was a problem, a poll found at the time. Traditional allies on the left tended to overlook the racial aspects of Katrina, he said.

Obama’s election in 2008 led many whites to think that the nation had entered a post-racial phase. The cleavages remained, however, over issues such as foreign policy, with blacks much less likely to support the continued warfare in Iraq and Afghanistan.

But blacks and other minorities have an opportunity to bring change as the proportion of whites in the electorate is steadily declining, Dawson said.

The young people who gave so much support to Obama provide hope for a new civic awareness, he said. Social media provides an opportunity for young people to share their thoughts, organize and take control over their futures.

*Source:  The University of Chicago