COLUMBIA, Mo. – New research from the University of Missouri indicates that at 10 months, babies start to understand another person’s thought process, providing new insights on how humans acquire knowledge and how communication develops.

“Understanding other people is a key factor in successful communication, and humans start to understand this at a very young age,” said Yuyan Luo, associate professor of developmental psychology in the MU College of Arts and Science. “Our study indicates that infants, even before they can verbally communicate, can understand the thought processes of other people – even if the thoughts diverge from what the infants know as truth, a term psychologists call false belief.” 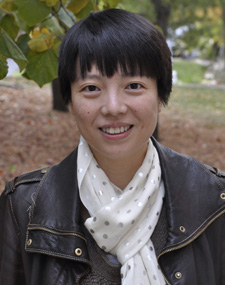 During the study, infants were monitored during different trials of a common psychological test in which an actor indicated preference for certain objects. Researchers timed the infant’s gaze, which is an indication of infant knowledge. The infants watched longer when the actor’s preferences changed. This led the researchers to believe that infants understood how the actor interacted with the objects.

“When the actor did not witness the removal or addition of the preferred object, the infants seemed to use that information to interpret the person’s actions,” Luo said. “The infants appear to recognize that the actor’s behavior comes from what the actor could see or could not see and hence what the actor thinks, and this finding is consistent with similar false belief studies that involve older children.”

Luo said her study is one of the first to explore the false belief understanding in the first year of life; evidence from other studies indicates that infant understanding could be present at an earlier age. As the research moves forward, Luo expects to find more understanding of how humans learn to communicate.

“In adults, beliefs guide behavior, but it would be difficult to explain another person’s behavior without explaining his or her mental state,” Luo said.

The study, “Do 10-month-old infants understand others’ false beliefs?” is published in the journal Cognition.