Christine Greenhow, assistant professor of education at Michigan State University, found that college students who tweet as part of their instruction are more engaged with the course content and with the teacher and other students, and have higher grades.

“Tweeting can be thought of as a new literary practice,” said Greenhow, who also studies the growing use of social media among high-schoolers. “It’s changing the way we experience what we read and what we write.” 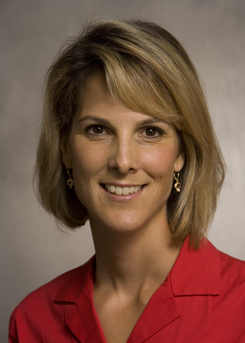 In “Twitteracy: Tweeting as a New Literary Practice,” Greenhow notes that Twitter use among U.S. teens has doubled in less than two years. There are now more than 200 million active users posting more than 175 million tweets a day, according to the study, which appears in the research journal Educational Forum.

Greenhow analyzed existing research and found that Twitter’s real-time design allowed students and instructors to engage in sharing, collaboration, brainstorming and creation of a project. Other student benefits included learning to write concisely, conducting up-to-date research and even communicating directly with authors and researchers.

In teaching a college class that focuses on Twitter, Greenhow said her students participate more through the site than they do in a face-to-face class setting.

“The students get more engaged because they feel it is connected to something real, that it’s not just learning for the sake of learning,” Greenhow said. “It feels authentic to them.”

Twitter, created in 2006, comes with its own set of rules, such as using hash tags, URL shorteners and leaving enough characters blank to allow retweets. Magazines, newspapers and TV shows run Twitter content, encouraging readers and viewers to engage in the conversation online.

“One of the ways we judge whether something is a new literary form or a new form of communication is whether it makes new social acts possible that weren’t possible before,” Greenhow said. “Has Twitter changed social practices and the way we communicate? I would say it has.”

Greenhow’s research comes on the heels of another MSU study about changing communication practices among college students. That study, led by Jeff Grabill, found that first-year college students value texting more than any other writing style.