AUSTIN, Texas — For centuries, the fate of the original Otomí inhabitants of Xaltocan, the capital of a pre-Aztec Mexican city-state, has remained unknown. Researchers have long wondered whether they assimilated with the Aztecs or abandoned the town altogether.

According to new anthropological research from The University of Texas at Austin, Wichita State University and Washington State University, the answers may lie in DNA. Following this line of evidence, the researchers theorize that some original Otomies, possibly elite rulers, may have fled the town. Their exodus may have led to the reorganization of the original residents within Xaltocan, or to the influx of new residents, who may have intermarried with the Otomí population.

Using ancient DNA (aDNA) sampling, Jaime Mata-Míguez, an anthropology graduate student and lead author of the study, tracked the biological comings and goings of the Otomí people following the incorporation of Xaltocan into the Aztec empire. The study, published in American Journal of Physical Anthropology, is the first to provide genetic evidence for the anthropological cold case. 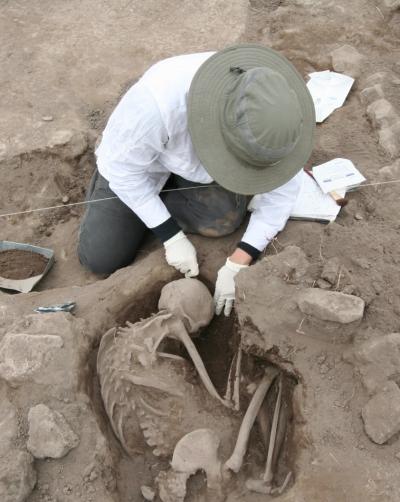 This is an image from the archeological dig in Mexico. Image Credit: Lisa Overholtzer, Wichita State University

Learning more about changes in the size, composition, and structure of past populations helps anthropologists understand the impact of historical events, including imperial conquest, colonization, and migration, Mata-Míguez says. The case of Xaltocan is extremely valuable because it provides insight into the effects of Aztec imperialism on Mesoamerican populations.

Historical documents suggest that residents fled Xaltocan in 1395 AD, and that the Aztec ruler sent taxpayers to resettle the site in 1435 AD. Yet archaeological evidence indicates some degree of population stability across the imperial transition, deepening the mystery. Recently unearthed human remains from before and after the Aztec conquest at Xaltocan provide the rare opportunity to examine this genetic transition. 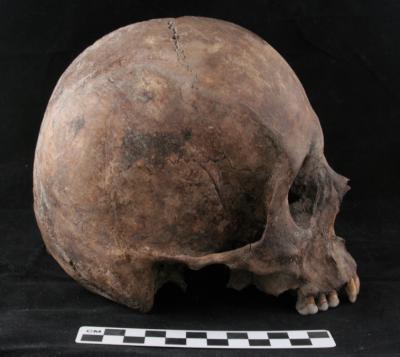 This is an image of an Otomi skull. Image Credit: Lisa Overholtzer, Wichita State University

As part of the study, Mata-Míguez and his colleagues sampled mitochondrial aDNA from 25 bodies recovered from patios outside excavated houses in Xaltocan. They found that the pre-conquest maternal aDNA did not match those of the post-conquest era. These results are consistent with the idea that the Aztec conquest of Xaltocan had a significant genetic impact on the town.

Mata-Míguez suggests that long-distance trade, population movement and the reorganization of many conquered populations caused by Aztec imperialism could have caused similar genetic shifts in other regions of Mexico as well.

In focusing on mitochondrial DNA, this study only traced the history of maternal genetic lines at Xaltocan. Future aDNA analyses will be needed to clarify the extent and underlying causes of the genetic shift, but this study suggests that Aztec imperialism may have significantly altered at least some Xaltocan households. 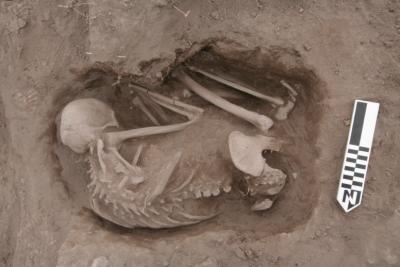