While cultural barriers can discourage victims from seeking help, there also is a lack of culturally sensitive services available to them, said Hyunkag Cho, assistant professor of social work.

That can be as simple as a local domestic violence hotline that cannot facilitate calls from Chinese- or Korean-speaking victims due to language barriers. And failing to get help the first time, Cho said, may prevent a victim from trying again. 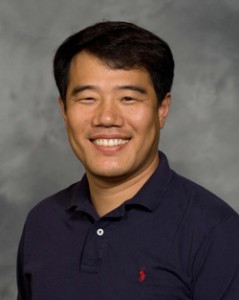 “Authorities and health care providers need to be equipped with information and resources for adequately addressing the needs of victims of domestic violence among Asians and other racial minorities,” Cho said.

According to a recent Pew Research Center report, Asian-Americans are now the fastest growing racial group in the United States, making up 36 percent of all immigrants who arrived in 2010. Latinos were second, at 31 percent.

In his latest research, Cho looked at use of mental health services by Asian-American victims of domestic violence.

A second study, based on several national surveys and featured in the Journal of Immigrant and Minority Health, found that Asian victims of domestic violence were at least four times less likely to use mental health services than whites, blacks or Latinos. Cho’s sample size was 755 victims.

In his native Korea, Cho said he had friends who refused to seek help for domestic violence. In many Asian cultures, seeking help can be seen as shameful to the victim and the victim’s family.

But Cho said there has been too much focus on the victims’ individual and cultural barriers to seeking help. Instead, he said the focus should be on how to make affordable, culturally sensitive help more available to them.

“We need to look at the bigger picture,” Cho said. “We need more outreach efforts to increase access to domestic violence services.”