Over the last three decades U.S. parents have committed filicide — the killing of one’s child — about 3,000 times every year. The horrifying instances are often poorly understood, but a recent study provides the first comprehensive statistical overview of the tragic phenomenon. The authors also suggest underlying hypotheses of motives with the hope of spurring research on filicide prevention.

PROVIDENCE, R.I. [Brown University] — Instances in which parents kill their children may seem so horrifying and tragic that they defy explanation. Published scientific and medical research, meanwhile, doesn’t offer much epidemiological context to help people understand patterns among such heinous crimes. A paper in the March edition of the journal Forensic Science International provides the first comprehensive statistical analysis of filicide in the United States, drawing on 32 years of data on more than 94,000 arrests. The study also explores possible underlying psychiatric and biological underpinnings of filicide.

The research could help identify valid patterns among filicide cases, said lead author Dr. Timothy Mariano, a third-year psychiatry resident in the Alpert Medical School of Brown University, which could in turn aid in studying the causes of filicide.

“To know more about the epidemiology of this crime will hopefully help medical practitioners to identify people who are at risk for committing such crimes and that will help us with prevention, which is the ultimate goal of this research,” Mariano said.

A broad understanding of filicide, for instance, can help disabuse professionals and members of the public of certain myths and stereotypes about the crime, said senior author Dr. Wade Myers, professor of psychiatry and human behavior at Brown and a forensic psychiatrist at Rhode Island Hospital. For example, the data show that men are about as likely as women to kill infants. Stepchildren are not more likely than biological children to die at their parents’ hands, and nearly one in five filicides (18 percent) are killings of adult children, suggesting filicide is a lifetime risk. 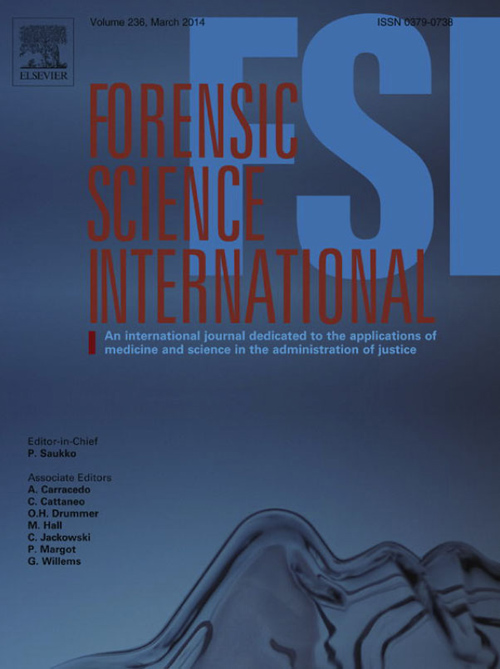 Filicide: The epidemiology of a horrendous crime. An analysis of more than 94,000 arrests over 32 years may help medical and social professionals identify risk factors and prevent filicide — the killing of one’s child. Image credit: Brown University

The data in the study, first published online last month, come from the U.S. Federal Bureau of Investigation’s Supplementary Homicide Reports (SHR) database. Mariano, Myers, and co-author Heng Choon Chan looked at 632,017 arrests between 1976 and 2007, finding that 94,146 cases (14.9 percent) were filicides. The database includes information on the ages, genders, and races of the victims and alleged offenders, as well as the means employed to commit the murder.

Over time, the total number of cases in the country has remained relatively stable at around 3,000 a year. There may be some good news, however. Not only has the number drifted somewhat downward since the early 1990s, but also the numbers did not climb with population growth over the last three decades.

Close to three-quarters (72 percent) of the children killed were age 6 or younger. One-third were infants (children less than 1 year of age). Only about 10 percent of children killed were between ages 7 and 18. Adult offspring were the balance of the victims. Male children were more likely to be killed (58.3 percent) than female children. About 11 percent of victims were stepchildren, which is on the low end of the estimated proportion of U.S. children (10-20 percent) who live with a stepparent.

The data allowed the researchers to determine the most common filicide scenarios. A father killing a son was the most likely (29.5 percent of cases), a mother killing a son (22.1 percent) follows. A mother was slightly more likely to kill a daughter (19.7 percent of cases) than a father was (18.1 percent). The rarest instances were stepmothers killing either a stepson (0.5 percent) or a stepdaughter (0.3 percent).

The researchers found that the most common method of killing was with “personal weapons,” such as by the beating, choking, or drowning of victims. Parents used these means in 69 percent of murders of infants. As victims aged, firearms were more common, becoming the weapon used in 72.3 percent of the cases in which the victim as an adult. Men were much more likely to use guns than women. Across the board, parents rarely used contact weapons (such as a bat) or edged weapons (such as a knife). While stepparents weren’t overrepresented in the study, they were twice as likely as biological parents to use guns to (40 percent vs. 21 percent).

Before Mariano worked with Myers and Chan to analyze the Supplementary Homicide Reports data, he had begun studying filicide while on a psychiatry rotation in medical school at Case Western Reserve University. There he had been reviewing the scientific literature on animal models of filicide. That published work, combined with studies of people and trends in the arrest statistics, offers a way for mental health professionals to develop hypotheses about the causes of filicide, he said.

In the current paper, Mariano synthesizes three main hypotheses about these underlying motives. One is that at least some parents who commit filicide have mental illness that derives from low levels of the neurotransmitter serotonin. Not only is that borne out in some animal studies, but the most typical ages of filicidal parents in the SHR data (18-30 years) are also the age at which many serotonin-related illnesses occur, like depression and schizophrenia.

Looking at the substantial differences that gender appears to make in the SHR data, a second hypothesis focuses on sex hormones. High levels of testosterone appear to coincide with higher rates of filicide in animal studies, for example, and in the crime statistics men were more likely to commit filicide, especially after victims were older than a year.

The final hypothetical motive category pertains mostly to those youngest of victims, “the unwanted child.” This evolutionarily motivated idea, also informed by other studies, suggests that parents, particularly young mothers, may kill young children who are sick or for whom they feel they cannot provide care.

Neither the statistics nor the hypotheses definitively explain filicide, but they provide researchers with a basis to focus their inquiries, Mariano and Myers said.

“Hopefully future research will continue to improve society’s ability to identify, manage, and treat populations at risk,” they conclude.

The research was partially funded by a grant from the National Institutes of Health (grant: T32GM007250).