The Internet as you know it is in serious, serious danger. Some of the most powerful communications companies in the world have been involved in negotiations and have been making agreements that would throw net neutrality out the window and would move us toward a two-tier Internet.

So exactly what would that mean?

It would mean that the big corporate giants that have a virtual monopoly on other forms of media and entertainment would be able to buy access to the blazing fast “next generation” Internet that communications companies are developing and the rest of us (like this site for example) would be stuck on the decaying “gravel roads” of the old Internet.  The threat that this poses to freedom, liberty, Internet commerce and the free flow of information should not be underestimated.

I want you to take a few moments and imagine with me what the future of the Internet could look like if something is not done.  Imagine a world in which your Internet service provider gives you more “choices” regarding your level of Internet access.  For a “budget” price, you can get email and access to several hundred of the hottest and most popular websites (controlled by the big media conglomerates of course) on the incredibly fast “next generation” Internet.  For a bit more, you can get access to thousands of websites (once again, controlled by the big media conglomerates) on the new blazing fast version of the Internet that has been developed.  Or lastly, you can get the “premium package” which will give you access to the entire Internet, including the millions of websites that are still chugging along on the “old Internet”.

Wouldn’t that be great?

Isn’t it obvious what would happen?

The millions of websites that are unwilling or unable to pay the exorbitant “tolls” to get on the new blazing fast version of the Internet would rapidly start losing traffic and would eventually fizzle out almost altogether. 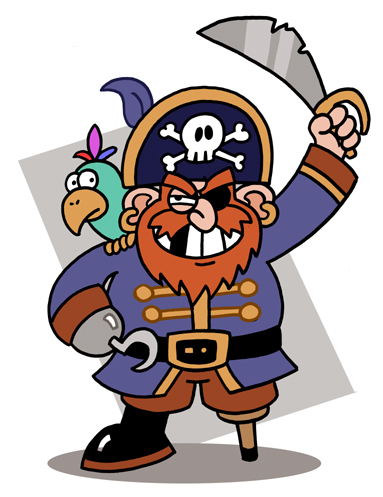 After all, in this day and age who is going to stick with technology that is slow and outdated?

For example, how many people still use “dial-up” anymore?  There are a few, but it is just not that many.

For years, the big Internet companies have been dreaming of getting permission to sell access to an Internet “fast lane” to the highest bidder.  The potential profits to be had are staggering.

But right now there is one thing that stands in the way of those profits and that must be eliminated according to them.

Up until now, any information sent over the Internet has been treated more or less equally.  When a data packet enters the Internet, it is directed to its destination regardless of the identity of the customer or the importance of the information.

But now some very powerful interests want to change all that.  The idea is to have the Internet much more closely resemble cable television.

In particular, a recent agreement regarding net neutrality between Google and Verizon is causing alarm among Internet users.

The following is how The Daily Mail described the recent agreement between Google and Verizon….

Technology giants Google and Verizon have today paved the way for a future ‘two-tier’ internet in which companies can pay extra to make sure their services get through.

Whenever anyone starts using phrases like “pay extra” when it comes to access to the Internet, alarm bells should start going off in your head.

Once we start going down that road, the big media companies with the deep pockets will do all they can to gain a “competitive” advantage.

The future of the Internet is at stake.  Are we going to continue to have a free and open Internet with millions of choices, or are we going to have an Internet dominated by “toll roads” where there are only a few thousand choices which are all tightly controlled by the giant media conglomerates?

Already, there is a lot of talk about the new “high bandwidth” Internet that is coming.

According to The Daily Mail, even Verizon’s CEO admits that the agreement between his firm and Google would create a “separate” high bandwidth Internet….

The new high bandwidth internet would remain separate from the normal public internet and would probably include services such as healthcare and 3D video and gaming, according to Verizon’s chief executive, Ivan Seidenberg.

So what do you think is eventually going to happen if a new “high bandwith Internet” is set up?

Well, everyone will want to move over to it of course.

And that is exactly the idea.

Over the past several years, the big media conglomerates that dominate television, newspapers, radio, movies and even video games have come to realize that they have completely and totally lost control over the Internet.

The Internet has given the common man a voice in the world, and it is probably the greatest breakthrough for the free flow of information since the printing press was invented.

But to the big media conglomerates there is a big problem.

They have lost their monopoly.

People are not forced to come to them for their news and entertainment anymore.

The rise of the alternative media has been one of the most incredible stories of this past decade, and today information flows more freely around the globe than ever before.

But now there are some very powerful corporate interests that would like to force alternative websites, radio programs and television shows to shut down for good.

They realize that they need to make their move quickly, because we are rapidly approaching a critical turning point for the Internet.

You see, the truth is that virtually all communications will eventually go through the Internet.  Phone service, television service and Internet access are rapidly merging into one.

The battle for control over this media pipeline we call the Internet is only going to heat up even more.  Literally trillions of dollars will be made or lost depending on the direction that the Internet takes in the years ahead.

So will we allow the Internet to become a network of private toll roads where the big media conglomerates control what we see and hear and think?

Or will we stand up and demand that the Internet remain a free and neutral platform where information flows freely and where we can all have our say?

As for me, I choose to stand on the side of Internet freedom.What say you?