REDMOND, Wash. – Sept. 27, 2011 – Beginning this morning, Windows Phones around the world will start to “ding” with important news: Windows Phone 7.5 is starting to roll out.

The first major release since Windows Phone 7 launched less than a year ago, the 7.5 release offers hundreds of new features and experiences designed to build on the phone’s intuitive, “people-first” foundation – multitasking, more integrated apps, primo mobile Web browsing, and powerful and personalized tools, like integrated social networking and conversation threads, for connecting with the people in our lives. 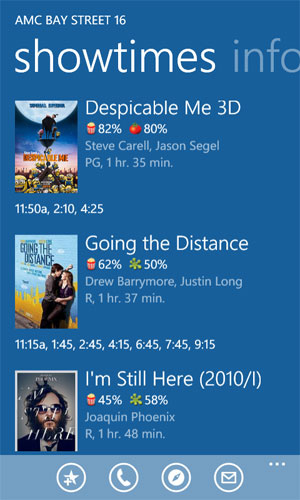 “One of the things I’m most proud about with Windows Phone is that we took a different approach,” said Andy Lees, president of Microsoft’s Windows Phone Division. “We looked around and saw that smartphones were largely becoming application launchers, and consumers were left to navigate a sea of icons and a grid of apps. We looked to build all the core things that consumers want to do directly into the phone, and focus it all around people – not icons.”

The update will be gradually rolled out to existing Windows Phone owners and will be pre-loaded onto a number of new phones that will be released by operators including AT&T, T-Mobile and others worldwide in the coming months.

The latest update is a major milestone for Windows Phone, which continues to draw rave reviews from customers and critics as it edges its way into a crowded and complicated mobile marketplace.

“The operating system is a mix of elegance and whimsy that’s a treat to use. Mango is sprinkled with delightful animations on nearly every screen,” noted Katherine Boehret of All Things D and The Wall Street Journal.

That differentiated approach has analysts paying attention, too. IDC predicts that Windows Phone will defend a No. 2 rank and have more than 20 percent of the smartphone market by 2015.**

“With Windows Phone 7, our goal was to build a phone we could be proud of and that consumers would love. I think we surprised a lot of people,” Lees said.

The latest Windows Phone release is designed to continue the work started a year ago – to make communication, apps and the Internet more intuitive. 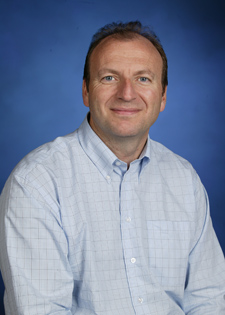 “The phone has always been a communication device, but today people are communicating in lots of different ways. Of course they want to email and text message, but even taking pictures is communication,” Lees said. “Check-ins are a form of communication as it says ‘I am here.’”

The phone also continues to integrate the latest and greatest from across Microsoft, including Bing, Office, Xbox LIVE, Internet Explorer and Windows Live.

“That is truly a huge advantage for us, and it’s something I feel incredibly good about. This is not just a product from the Windows Phone Division; this is really about all of Microsoft,” Lees said. “We feel great about the collaboration – it’s a big contributor to our long-term success.”

A new Groups feature lets consumers create groups from their contacts – think trivia buddies, soccer teammates, coworkers or family – and turn them into a personalized Live Tile on the Start screen. From there, people can use the feature to quickly contact everyone, or to see communications received from people in that group whether it’s a call, a text or an email. They also can see the social updates and photos solely from that group of people.

In the People Hub, the What’s New? feature now shows updates from Twitter and LinkedIn in addition to Facebook and Windows Live, in one easily filtered social network feed. An updated Me Tile on the Start screen shows social notifications – one tap lets consumers see when people mention them in a Tweet or interact with them on Facebook. From there, another tap will take people directly to that post where they can “like” or comment on it.

The 7.5 update also features intelligent multi-tasking so people can quickly switch from one app to the next without affecting battery life or performance. For example, consumers can switch from a game they’re playing to check email or play music, and then return to the game and have it resume instantly, exactly in the place where they left off. The update also sports Internet Explorer 9. Lees said: “With Windows Phone 7.5, we move to having one of the best mobile browsers on the market today with Internet Explorer 9 – complete with hardware acceleration and the same rendering engine as the PC.”

New Bing integration includes Local Scout, a tool for finding both the expected and the unexpected nearby; Bing Vision, which lets people search with their camera and even translate text into different languages; and continued developments in voice recognition, allowing consumers to do hands-free searches and even texting.

“Windows Phone 7.5 offers a natural way of finding things and discovering things around you that is really powerful, like nothing else,” Lees said.

“A Smarter Way to App”

Windows Phone 7.5 focuses on weaving apps, tasks and experiences together into Live Tiles and Hubs, an approach Microsoft highlights as “a smarter way to app.”

Lees noted: “Applications are fantastic because they extend the capability of the phone, but the problem is that applications today are locked up in silos. With Windows Phone 7.5, information inside of applications breaks free from their silos and comes directly to the Start screen through Live Tiles, or participates in our own experiences which we call Hubs.”

Customers can visit the People Hub to see updates from all their social networks, rather than having to visit each individual app. If someone wants to track the weather in two locations, they can create a Live Tile to track weather in multiple locations.

Windows Phone has roughly 30,000 apps in its marketplace, including 90 percent of the most popular titles available on leading competing platforms.

Some developers have already updated apps to take full advantage of the new Windows Phone 7.5 features such as multitasking and Live Tiles, including Flickster, foursquare, AllRecipes, and the game Parachute Panic.

The latest Windows Phone update also includes a feature called App Connect, which suggests helpful apps as people search or complete tasks on their phone. Search for a movie or an actor, and App Connect will suggest trying the Internet Movie Database (IMDB) app or Flixster, for example.

How does the Windows Phone update build on the foundation laid over the past year? Microsoft plans to continue to build a quality product, expand into new markets, and develop relationships with manufacturers and operators around the world, particularly Nokia.

Additionally, the Windows Phone Division will continue to deepen its partnerships with phone manufacturers, mobile operators, retailers and developers worldwide to ensure the momentum continues.

Windows Phone 7.5 will be in more countries with more mobile operators at more price points than ever, according to Lees. “That opens up our addressable market significantly,” he said.

Microsoft’s partnership with Nokia will help accelerate that growth, he said.

The phone’s retail presence across the mobile sector is important too, Lees said. A vast majority of retail stores are owned by mobile operators, so what happens in the store will depend on the relationship Microsoft has with the operator.

“I think over the next 12 months we’re expecting much stronger alignment,” Lees said. “In the U.S. particularly people will see a lot more retail presence as we move into 2012.”

Lees said Windows Phone has a variety of devices coming out in time for the holidays, and also in the first part of 2012.

For example, today T-Mobile unveiled its upcoming HTC Radar 4G device, which will launch before the holidays. Also, AT&T has said it will carry three new Windows Phones this year including the HTC TITAN, the Samsung Focus™ S, and the Samsung Focus™ Flash.

“It’s not good enough to have a ramp that’s similar to other guys, you have to ramp faster,” Lees said. “That’s what we are aiming to do this holiday season, and particularly into 2012.”