Xtranormal: Movie-Making for Everyone

*Microsoft BizSpark One startup aims to make animated movies as easy as typing.*

REDMOND, Wash. — Xtranormal’s tagline, “If you can type, you can make movies,” describes both the company’s mission and how to use its text-to-speech system to create animated movies. The Microsoft BizSpark One member is working to transform movie-making into an everyday activity, as simple and commonplace as composing a text message.

“We want to make animated movies ubiquitous,” says Graham Sharp, COO of Xtranormal. “I’d like to see people using the Xtranormal platform like they use Microsoft Word: just opening a document and starting to type.”

You might have already seen a video created using the Xtranormal system. The most recognizable characters are large-headed bears who speak in measured tones, using whatever words each video’s creator has typed in.

Several Xtranormal videos have gone viral on the Internet, receiving millions of views. Xtranormal estimates that during an average month, 10 percent of its 4 million registered users are actively creating videos, with an unknown number of people using the service for free without registering. At that rate, more than 5 million Xtranormal videos are being produced each year. And Sharp reports the site gets between 200,000 and 250,000 new registered users a month. 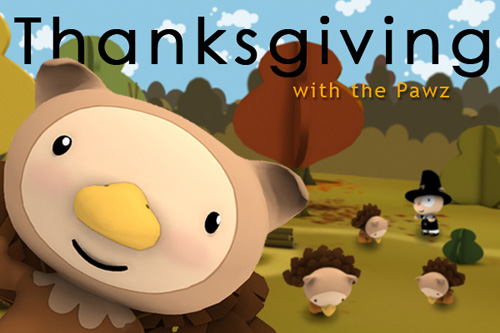 Although many people use Xtranormal to make videos for their own entertainment — to poke fun at their workplaces, to make a political statement or in hopes of creating a viral sensation — others have more serious goals.

“We reckon about 60 percent of our paying users are making videos for education or business,” says Sharp. “Teachers or students use the videos to spice up coursework, while companies use them to promote or advertise products, for training or as part of their public relations efforts.”

To inspire potential users and show what’s possible with its technology, Xtranormal also creates and posts its own animations on its website, via the Xtranormal Studio.

Xtranormal is a slight anomaly for the BizSpark One program, which is celebrating its three-year anniversary of supporting innovative software startups worldwide. The BizSpark newcomer technically is older than the program’s three-year-old eligibility limit decrees, but when Sharp took the helm in 2010, he changed the company’s business model drastically enough to qualify it as a “re-startup” company. 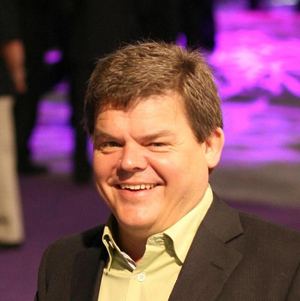 “The founders of Xtranormal intended to create a downloadable software application for high-end, professional movie studios, letting them automatically visualize films by feeding scripts into the application,” Sharp says. “The problem was that the beauty of the Xtranormal technology — its simplicity — was actually a disadvantage for this target audience, which needs more control and options rather than simplicity. The original Xtranormal product found no traction with professional animators.”

Sharp, former general manager of Avid Technology’s video division, restarted the company by focusing the technology in the opposite direction: toward everyone except professional animators.

He also switched from downloadable software to a cloud-based model, initially hosted by Amazon and now being moved to the Microsoft Azure platform. “We’re already using some Azure functionality to speed [up] our cloud-based rendering of videos,” he says.

“I met some of the BizSpark people at a conference for entrepreneurs earlier this year, and the possibilities for Xtranormal were immediately obvious,” says Sharp. “For us, the appeal of BizSpark One membership is access: a combination of technology opportunities and the opportunities to meet the right, relevant people — including other CEOs and the venture capital community — for our future success.”

Through its BizSpark connections, Xtranormal is leveraging Microsoft innovation, in particular Kinect for Xbox 360 technology.

“We’re especially excited about working with the Kinect team within Microsoft,” says Sharp. “Kinect is a phenomenal motion-capture device that will be a fantastic enhancement to Xtranormal’s platform.”

Xtranormal plans to use Kinect as an input method to record movements and apply them to characters within animated videos. In addition, Xtranormal is working with Microsoft to develop a movie-making application for Kinect.

Xtranormal is based on proprietary technology: a text-to-speech engine combined with an animation engine that includes a layer of artificial intelligence.

“In the best animations, the characters have distinct personalities — certain twitch or flick of the ear or something,” says Sharp. “When you’re animating from scratch, every personality has to be animated from scratch, too. Xtranormal’s sophisticated animation engine lets users give personality to their animated characters by simply clicking on various options, so the characters appear more life-like. Licensed voices from a well-known text-to-speech provider let users personalize the sound of their characters.”

On the business front, Sharp is busy segmenting users and creating education and business subsites, with different pricing models and offerings for each segment. These include premium characters, voices, sets, animation options, greater customization of characters (e.g., wrapping a photo of yourself onto a character’s face, or putting your business logo or school name on a character’s shirt), and other services.

“Eventually, we envision making all this so easy that text messages can be replaced by text videos,” says Sharp. “Imagine how much more compelling it would be to send and receive messages if instead of flat text, they were delivered by an animated, talking avatar. I think that’s where we’re headed with Xtranormal.”