Soon after Donald Trump’s victory, protests started on streets in many US cities and on internet against a democratically elected man. It’s unbelievable. But it’s the true face of Hillary Clinton and her supporters. They still can’t accept the results.

Donald Trump is elected, people voted for him. He didn’t snatch the presidency – 290 against Hillary Clinton’s 232 electoral votes. It’s a huge margin. Just open the tv or log in to your handy. Results are everywhere. Even if it’s painful for some, you have to accept it. Respect the constitution and people’s choice. 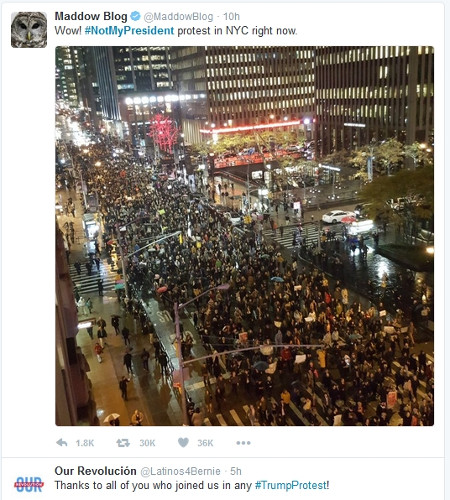 Interesting are the hate hashtags of Clinton’s supporters on Twitter. There are many hashtags against Donald trump.