Where Have All the Flowers Gone?

It’s summer wildflower season in the Rocky Mountains, a time when high-peaks meadows are dotted with riotous color.

But for how long?

Once, wildflower season in montane meadow ecosystems extended throughout the summer months. But now scientists have found a fall-off in wildflowers at mid-season.

They published their results, funded by the National Science Foundation (NSF), in the current issue of the Journal of Ecology.

“Shifts in flowering in mountain meadows could in turn affect the resources available to pollinators like bees,” says David Inouye of the University of Maryland, currently on leave in NSF’s Division of Environmental Biology. 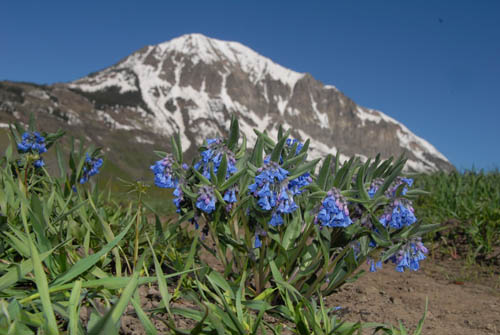 Dwarf bluebells is one of the earliest plants to bloom in spring; queen bees come to it for nectar. Image credit: David Inouye

Inouye and colleagues George Aldridge and William Barr of the Rocky Mountain Biological Laboratory, Jessica Forrest of the University of California at Davis, and Abraham Miller-Rushing of the USA National Phenology Network in Tucson, Ariz., found that such changes could become more common as climate change progresses.

“Some pollinators with short periods of activity may require only a single flower species,” write the ecologists in their paper, “but pollinators active all season must have flowers available in sufficient numbers through the season.”

For example, bumblebees, important pollinators in many regions, need a pollen and nectar supply throughout the growing season to allow the queen bee to produce a colony.

As mid-summer temperatures have warmed in places like the Elk Mountains of Colorado, the researchers have found that the mid-season decline in flowering totals is ecosystem-wide. 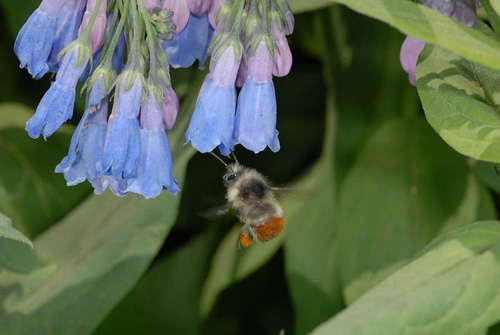 A bumblebee worker visits flowers of the tall bluebell for both nectar and pollen. Image credit: David Inouye

“These meadows are heavily affected by snowmelt and temperature,” says Inouye. “Wildflowers use information from these natural cues to ‘know’ when it’s time to unfurl their petals.”

The early-season climate is becoming warmer and drier in the high altitudes of the southern Rocky Mountains.

These changing conditions are altering moisture availability and hence flowering timing in sub-alpine meadows, says Inouye. The result is a mid-season decline in number of wildflowers in bloom.

Such changes in seasonal flower availability across large areas, or in individual habitats, could have serious consequences for entire pollinator populations, says Inouye, which include not only bees, but hummingbirds and others that feed on pollen and nectar. 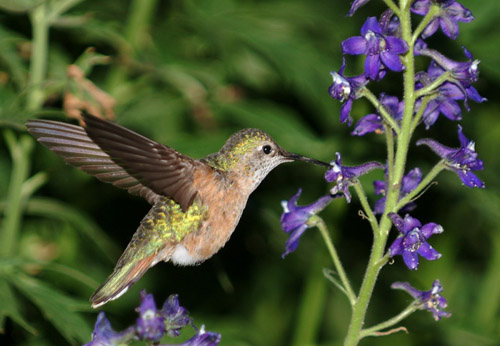 Over the long term, he and colleagues believe, the changes could affect animal-pollinated plants.

And they all need a high-meadow ecosystem that changes at its own pace, say the scientists, not one moving in fast-forward in tandem with warmer temperatures.

Otherwise those sultry days and nights, especially in high summer, may leave Colorado mountain meadows empty, along with their wildflowers, and the pollinators that depend on them, vanished in the shimmering heat.