American Indian communities in northern Michigan are improving health care for tribal elders with help from a Michigan State University program that blends their cultural traditions with the latest medical research.

It’s part of the Geriatric Education Center of Michigan, a federally funded, MSU-led consortium of universities, hospitals and government agencies established in 1987 to train health professionals and others to deliver better care to older adults, particularly in underserved communities.

“An elder is a person of great status who demands great respect because of the life they’ve led and the things they’ve learned,” said Emily Proctor, a member of the Little Traverse Bay Band of Odawa Indians and a tribal liaison for MSU Extension. “They’re well-respected in our communities, so we care for them well.” 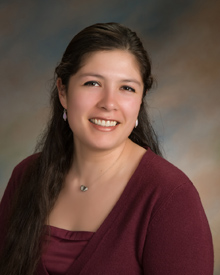 The group’s efforts focus on serving tribal communities such as the Little Traverse Bay Band, the Sault Tribe of Chippewa Indians and the Grand Traverse Band of Ottawa and Chippewa Indians. Geriatric care takes on new dimensions in these communities, where older adults are held in the highest esteem.

The northern Michigan team, based in Traverse City, is one of four across the state. The others are in Flint, Grand Rapids and Marquette. Each team is grounded in the same core curriculum but tailors its training to the community it serves.

Training sessions for the tribal communities cover specific illnesses – diabetes and heart disease are particularly common among indigenous groups – along with other topics such as recognizing dementia, caring for caregivers and preventing elder abuse.

It’s a good deal for the trainees: The sessions are free, and health care workers get the continuing education credits they need to stay certified.

Having presented at several conferences, the Traverse City team is beginning to grab national attention as health care providers look for new ways to serve the growing senior population.

There are a few key reasons for that success, said Lynn Swan, an assistant professor in MSU’s College of Human Medicine who leads the team.

First, since the tribes take a broad view of what constitutes health care, the group works not only with doctors and nurses, but also with tribal police, social workers, pharmacists, dentists and others. Collaboration in such a diverse group leads to interesting ideas and solutions. “That’s the magic,” Swan said.

Second, and more important, the team has put in the time and effort to gain the respect of tribal members.

“You have to build that trust,” said Swan, who spent eight years as a physician for the Grand Traverse Band. “You can’t just send out a letter and say, ‘We can offer you this service’ and expect people to show up. It will go nowhere.”

And, most fundamentally, there’s a great need for this kind of programming among aging tribal communities, Proctor said.

“None of this would work if we didn’t have such great partners within the tribes, or if they didn’t see the need for this,” she said. 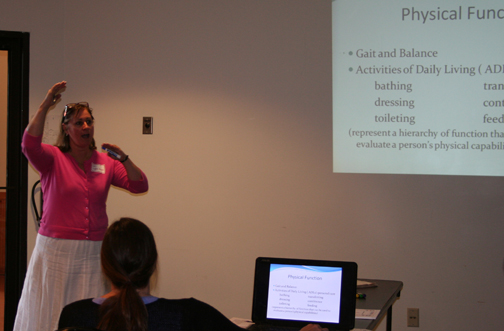 The project is about halfway through its current grant period, but Swan said the team is in for the long haul.

“We anticipate that this will be ongoing, even after the five years are up,” she said. “From my view, it’s all about our relationships with the tribal community. We’ll continue to work with them to address their needs. We’re not going away.”