Ralina Joseph, associate professor of communications, is the author of “Transcending Blackness: From the New Millennium Mulatta to the Exceptional Multiracial,” published by Duke University Press. She answered a few questions about the book for UW Today.

Q. What’s the concept behind this book?

A. “Transcending Blackness” is about mixed-race African-American representations in the 10 years leading up to Obama’s election in 2008. 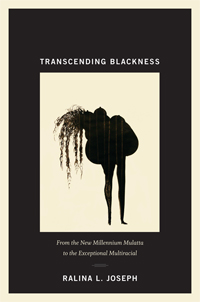 Q. You review representations of multiracial figures in popular culture. Who did you research and what came from this?

A. I’ve collected popular — and not so popular — representations of multiracial black folks for most of my life. Like many teenagers I was addicted to fashion magazines and by the time I left for college I had a 3-foot stack amassed in the back of my closet.  I loved the images of “racially ambiguous” models and actresses, and I would study their images and the occasional stories about them for hours.

I was lucky to begin college at the same moment that mixed-race became a topic of interest for scholars and the mass media. The ever-growing representations (and embodiment) of multiraciality — in popular culture, academia, and my dormitory  enabled me to not just worship the images of mixed-race, but also think critically about them.

Q. What were your conclusions? 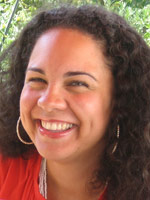 In real life multiracial black folks identify in all sorts of ways — as sometimes black, sometimes mixed, sometimes as no race at all — and this might be the same person’s choices all in different moments in the same day!

I tweaked my terminology and definitions to fit our contemporary moment, and so my tragic mulatto becomes the “new millennium mulatta” and my sell-out multiracial becomes the “exceptional multiracial.” I see both of these representations as far from neutral, but instead mired in anti-black racism.