When Workplace Relationships Are Good, Both Positive and Negative Humor by Leaders Can Improve Employees’ Job Satisfaction

COLUMBIA, Mo. – Past research as well as conventional wisdom about the use of humor by leaders suggests that positive humor should result in happier subordinates who are satisfied with their jobs. Conventional wisdom also suggests that leaders should avoid negative humor, though actual support for that belief is scarce and ambiguous. Now, a recent study from the University of Missouri has found that the relationship between leader-humor and job satisfaction is dependent on the quality of the relationship between leaders and their subordinates not the positive or negative tone of the leader’s humor. 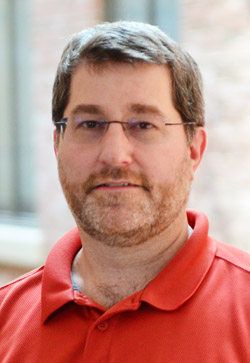 “Generally, people think that positive humor, which is inclusive, affiliative and tasteful, is good in leadership, and negative humor, which is aggressive and offensive, is bad,” said Christopher Robert, associate professor in the Department of Management in the Robert J. Trulaske, Sr. College of Business. “In our study, we found the effects of humor depend on the relationship between leaders and subordinates. Specifically, both positive and negative humor use by leaders is positively related to their subordinates’ job satisfaction when the relationship between the leader and subordinates is good. However, when the leader-subordinate relationship is bad, both negative and positive types of humor are associated with lower job satisfaction—in other words, for leaders, sometimes good humor has bad effects and bad humor has good effects on subordinates.”

To test their theory, Robert, along with Timothy Dunne, an assistant professor of management at Middle Tennessee State University, and Joyce Iun, of The Chinese University of Hong Kong, developed two sets of matched questionnaires, one for leaders and one for their subordinates. Researchers analyzed responses from about 70 leaders and their 241 subordinates in 54 organizations.

“The findings suggest that if leaders wish to integrate humor into their interactions with subordinates, they should first assess whether or not their subordinates are likely to interpret their humorous overtures positively,” Robert said. “If a good relationship between the leader and the subordinate exists, then humor—be it positive or negative in tone—will only help to maintain the good relationship.”

Robert also suggested that these results have implications for leaders’ strategic use of humor.

Robert cautions that a high-quality leader-subordinate relationship doesn’t necessarily give leaders free reign to use any type of humor in any context. Jokes that leverage racial or sexual stereotypes may not be accepted positively by subordinates in all cases, and large amounts of negative or aggressive humor might be unacceptable Robert said.

The study, “The Impact of Leader Humor on Subordinate Job Satisfaction: The Crucial Role of Leader-Subordinate Relationship Quality,” was published in the journal Group & Organization Management.