What Does Islam Say About the Fate of Non-Muslims?

EAST LANSING, Mich. — Since Sept. 11, it has become increasingly common to hear about Muslims who condemn all non-Muslims – or “infidels” – to hell, but this has never been a foundation of Islamic thought, argues a Michigan State University professor who recently published a first-of-its-kind book on non-Muslim salvation.

At the same time, some Western writers believe condemnation and dehumanization of non-Muslims make it easier for Muslims to justify acts of terrorism, said Mohammad Khalil, assistant professor of religious studies. 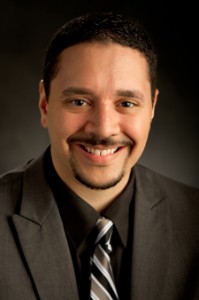 “There is a widespread assumption that we’re in the midst of a clash of civilizations involving the Muslim world and the West, and some think this is partly the result of an Islamic belief that only Muslims can ever be saved,” Khalil said. “My research is relevant in post-9/11 discourse because it challenges this assumption.”

Islam is the second largest religion in the world, with 1.56 billion Muslims.

Khalil’s book, “Islam and the Fate of Others: The Salvation Question,” explores medieval and modern discussions of the fate of non-Muslims, he said.

In researching for the book, Khalil found four of Islam’s most influential scholars believed most of humanity will eventually be saved. He also found that exclusivism – the belief that only Muslims will be saved – was historically unpopular among Muslim theologians.

Khalil points to the widely available works of prominent 20th- and 21st-century thinkers who spoke only of the salvation of Muslims, without clearly qualifying their statements. These thinkers have been a major influence on a variety of adherents, from liberals to extremists like Osama bin Laden, he said.

According to Khalil, while it’s easy to remember the images of some Muslims celebrating in the streets on 9/11, what many don’t know is that even prominent clerics who said they hate America disapproved of the attacks – and were open to the possibility that God may save both the Muslim and non-Muslim victims. 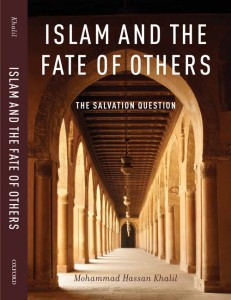 "Islam and the Fate of Others," by Mohammad Khalil, assistant professor of religious studies, is a first-of-its-kind book examining non-Muslim salvation. Image credit: Michigan State University

Khalil hopes his book can be used to educate non-Muslims and Muslims alike. But the most important educational experience is getting to know one another, he said.

“I don’t think it’s a coincidence this book was written in the U.S. by a Muslim who is surrounded by people of other faiths,” Khalil said. “The more interconnected we become the more likely we are to recognize our shared values and the less likely we are to think a clash of civilizations is inevitable.”