Watch Out for Bites from ‘Invisible’ Snakes

Baby rattlesnakes are born in July and August and will be active in the weeks ahead.

Experts on venomous creatures at the Arizona Poison and Drug Information Center advise gardeners, hikers, youngsters and other citizens to be especially cautious about rattlesnakes in the weeks ahead.

Whether human desert dwellers are ready or not, Arizona’s rattlesnakes are welcoming offspring. Baby rattlers are born in July and August and are active. The baby snakes have no rattle until they first shed their skins, so they make no warning sound before striking. The babies range in length from six to 12 inches, and have enough venom to be very dangerous. Brush and grass may camouflage the small snakes so well that they are “invisible” to people.

The Arizona Poison and Drug Information Center in Tucson, part of the University of Arizona College of Pharmacy, serves all parts of the state except Maricopa County. The specialists answering the phones receive calls from Arizonans of all ages who have suffered rattlesnake bites without realizing they had encountered a reptile.

“People may not figure out what has happened until we go over the symptoms they are having,” says Keith Boesen, director of the poison center. “The parents of one of our youngest patients first thought their daughter had been stung by a scorpion. No one saw the snake.” 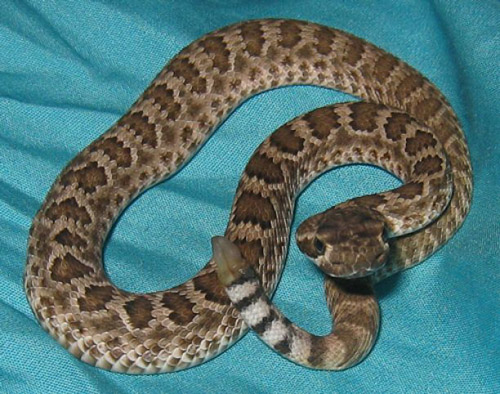 So far this summer, one of the snakebite victims reported to the center said that there were several baby snakes around when he got bitten. Adult rattlers don’t always give an audible warning before or while they are biting either, so the risk of unidentified snakebite exists year-round.

The poison center urges anyone who feels a mysterious “sting,” “pinch” or “bite” while outdoors, especially on an arm or a leg, to immediately call the center at 1-800-222-1222. Calling is a good idea for those who feel no pain but notice an unidentified small cut or wound, too.

“We will ask a few questions that will help you either identify possible snakebite or eliminate it,” Boesen says. “With snakebite, the sooner the medical treatment, the better the outcome, so calling us right away can make a very big difference for the victims and the medical teams treating them.”