Prostate cancer is the most commonly diagnosed non-skin cancer in the U.S., and radical prostatectomy, the surgical removal of the prostate gland, remains the most popular therapeutic option, accounting for half of treatments.

The procedure, however, is not without possible side effects, primarily erectile dysfunction and incontinence. But a good nerve-sparing surgical technique can lessen the likelihood of these undesirable outcomes, as can the skill and experience of the surgeon, according to a new UCLA study that focused on robotic-assisted prostate surgery.

The study findings are published in the June 2012 print edition of the international peer-reviewed journal European Urology. 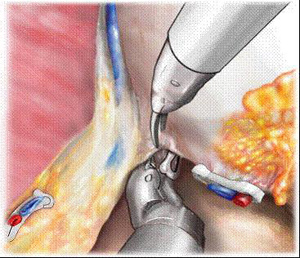 Based on their research, the study authors recommend that men undergoing robotic-assisted surgery for prostate cancer should look for a doctor who has performed at least 1,000 surgeries and who actively seeks to improve and enhance his surgical skills to help ensure a successful post-surgery recovery of erectile function.

The authors also found that new, refined techniques that prioritize the gentle handling of the delicate nerves around the prostate also make a difference in improved erectile function.

The study is one of the first to characterize a surgeons’ learning curve for improving erectile-potency outcomes and to demonstrate and quantify gentler handling techniques that involve minimizing stretch injury to the nerves around the prostate as the gland is removed, the researchers said.

“It would be helpful for men who seek a surgical cure for their prostate cancer to appreciate the nuances required by a surgeon to successfully protect erectile function,” said Dr. Jim Hu, director of minimally invasive surgery in the department of urology at the David Geffen School of Medicine at UCLA and lead author of the study. “Like improving a golf swing, a technique for nerve-sparing surgery has many subtleties that are influenced by training, talent, a desire to improve, and meticulous review of technique and outcomes.” 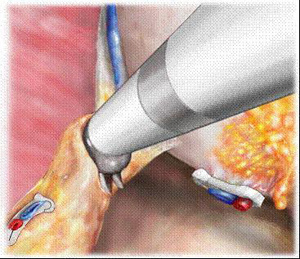 For the study, the team looked at nerve-sparing techniques and maneuvers used in the operating room in 400 surgeries performed by Hu over a two-year period at Brigham and Women’s Hospital in Massachusetts. Hu tracked his patients’ erectile-potency recovery outcomes by groups of 50 up to one year after surgery.

While this is a single-surgeon study during robotic-assisted surgery, Hu used standardized questionnaires to quantify patient-reported recovery of erectile function, which is not often done by individual surgeons and which helped in assessing outcomes.

“These are very good outcomes for the early months after surgery,” Hu said. “Most men will continue to see erectile-potency improvements up to two years after surgery, so we would expect to see even better outcomes by then, especially if surgeons are effectively adopting the newer nerve-sparing techniques.”

Hu added that one of the goals of the study is to develop and share these optimal techniques with other surgeons. 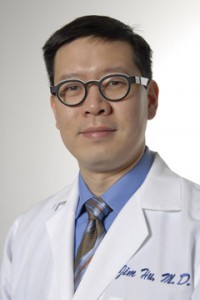 These findings were combined with the results of an earlier study of Hu’s that assessed his work on an additional 600 cases. The researchers found that surgeon improvement hit a plateau after 950 cases. However, other factors also contribute to a surgeon’s skills, said Hu, who carefully tracked his surgical outcomes, diligently reviewed videos of his operations and studied with a pioneering surgeon in nerve-sparing techniques.

“In addition to performing many cases, surgeons really need to have the desire to improve, take the time to learn new techniques and actively pursue quality improvement,” Hu said. “Similar to golf, if you’re only a weekend golfer and don’t keep score, watch video and analyze your swing, you may not get better, even after playing 1,000 games.”

Hu also notes that other surgeons who are dedicated to surgical improvement may find that they may hit the plateau sooner than 1,000 cases.

The traditional nerve-sparing technique, which involves peeling nerves from the prostate, similar to peeling an orange, was associated with the worst five-month sexual-function outcomes. The newer, gentler approach uses less peeling to minimize displacement of the nerves.

Surgeries performed as a trainee were associated with the worst 12-month erectile-function outcomes. According to Hu, more simulated robotic surgery may help trainees learn key techniques before operating with patients.

During the study, Dr. Hu received salary support from a U.S. Department of Defense Physician Training Award in Prostate Cancer.

Other study authors include Mehrdad Alemozaffar, Tudor Borza and Hua-Yu, of the division of urologic surgery at Brigham and Women’s Hospital, Harvard University Medical School; Antoine Duclos, of the Center for Surgery and Public Health at Brigham and Women’s Hospital; and Keith J. Kowalczyk of the department of urology at Georgetown University Medical Center.