EAST LANSING, Mich. — Less than 2 percent of low-income mothers met breastfeeding recommendations in a recent study – a drastic decline compared with a more affluent population – and a lack of support and available resources appears to play a key role.

The research findings out of Michigan State University suggest in addition to raising overall awareness of breastfeeding, especially among women of lower socioeconomic status, physicians can play a role in removing barriers that prevent new mothers from breastfeeding. 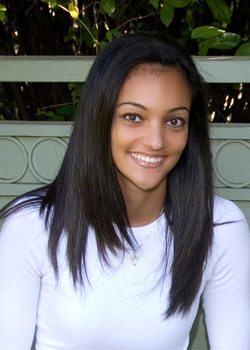 College of Osteopathic Medicine student Jennifer Hanna is looking at breastfeeding rates and why many new moms do not meet recommendations. Courtesy photo/ Michigan State University

The study, performed by College of Osteopathic Medicine student Jennifer Hanna and pediatrics professor Mari Douma, found just 1.8 percent of low-income women who planned to breastfeed for 12 months reached that goal. By comparison, 50 percent of women from the more affluent population who planned to do so met their goal.

The low-income mothers reported the obstacles they encountered when breastfeeding led them to stop sooner than they planned. Compared with the more affluent mothers, they appeared to have fewer resources that would help them navigate obstacles successfully.

Hanna is presenting the research this week at the American College of Osteopathic Family Physicians’ 49th annual convention in Kissimmee, Fla.

Health recommendations call for breastfeeding exclusively for infants up to 6 months old and breastfeeding supplemented by the introduction of solid foods until the child is 1 year old. However, federal statistics show fewer than 14 percent of infants were breastfed exclusively through even 6 months of age.

“Most of our recent research had focused on Caucasian respondents who are middle- and upper-class,” said Douma, who has been studying breastfeeding and mothers’ experiences for the past 15 years at MSU. “To develop interventions to help more moms meet breastfeeding recommendations, we need to look at lower-income families and find the barriers.”

Hanna began working with Douma in 2010 on the most recent study, which was conducted at an urban clinic serving mainly a Medicaid population. The researchers asked women questions geared toward trying to understand why they may not breastfeed when they have children; that survey was compared to a previous study geared toward a more affluent population in a suburban area.

“Many of low-income mothers do not feel they have places to turn to when breastfeeding became difficult,” she said. “We need to provide them with assistance that is available and affordable, as well as easily accessible.”

The first step is continuing to raise awareness of the low rates, Hanna said, and that includes among physicians and nurses.

“In the past, the solution often was just to provide free formula to low-income mothers eligible for aid,” she said. “Now there has been much more of a focus on providing information about breastfeeding to new mothers, rather than formula being the first option.”