*The United States Department of Agriculture (USDA) is moving its e-mail, document sharing, and other collaboration tools to Microsoft’s cloud infrastructure to save money and improve efficiency.*

REDMOND, Wash. — Dec. 8, 2010 — The United States Department of Agriculture (USDA) announced today that it is moving its on-premises e-mail and productivity applications to Microsoft’s cloud infrastructure, becoming the first cabinet-level federal agency to embrace the cloud.

In one of the largest cloud federal government deployments ever, the USDA is moving its 120,000 users to Microsoft Online Services, consolidating 21 different messaging and collaboration systems into one, said Chris Smith, the USDA’s chief information officer. The USDA plans to start the shift within the next four weeks. 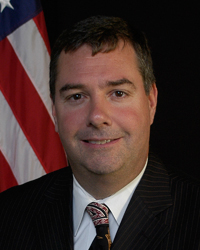 “This is really about increasing collaboration and communications across the breadth of 120,000 users in 5,000 offices across the country and 100 countries around the globe to better deliver on the USDA’s mission,” he said. “For us a move to the cloud was a question of performance, service, and cost, and this solution will help us streamline our efforts and use taxpayer dollars efficiently.”

The USDA will use Microsoft Exchange Online for messaging and calendaring, SharePoint Online for document collaboration, Office Communications Online for instant messaging, and Office Live Meeting for Web conferencing.

Smith said that improvements in productivity and communication, such as the ability to see colleagues’ availability and choose whether they want to communicate via chat, voice, or mail, mean that employees will now be able to collaborate more efficiently.

“We have a distributed workforce and a broad mission that ranges from resource management to homeland security to food safety to helping rural communities create prosperity so they’re self-sustaining,” Smith said. “This will help us fulfill the IT side of our mission. The more robust set of tools we can put in place, the better we’ll deliver goods and services for our mission to citizens here and around the world.”

Smith said that for management of its productivity software and networks the USDA will turn to Microsoft, which can do things like make upgrades and scale up and down in size much more easily than his agency can.

“Basically, the car we owned was getting ready for a major engine overhaul,” he said. “All our servers were at least three years old. We’re going from owning the car and paying for the tires, the oil, and the upkeep to basically buying a Zip car that’s wherever we need it, whenever we need it.”

USDA decided to go with Microsoft’s cloud offering after years of watching the online messaging and collaboration space mature, Smith said. “We really ended up in the right place at the right time,” he said. 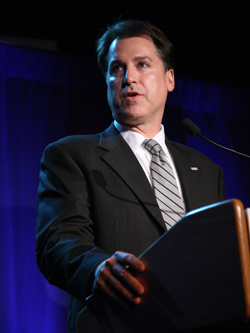 “The past few months have marked a transformative time in government IT, with the state of California, the state of Minnesota, and New York City each embracing cloud computing and choosing Microsoft’s cloud solutions,” Kolcun aid. “And now that momentum is carrying into the federal sector, with this groundbreaking implementation from USDA.”

The USDA will deploy a version of Microsoft Online Services optimized to meet the security, privacy, and compliance needs of U.S. Federal Government agencies and other customers that require the highest levels of security features and protocols, he said. Earlier this month, Microsoft Global Foundation Services received its Federal Information Security Management Act of 2002 (FISMA) Authorization to Operate (ATO), an important security requirement for U.S. federal agencies, Kolcun said. That means that Microsoft’s cloud infrastructure has been certified as a trustworthy foundation for cloud services.

The USDA’s service will be housed on separate, dedicated infrastructure in secure facilities. Physical access to systems is limited by biometric access controls to a small number of individuals who, in compliance with International Traffic in Arms Regulations (ITAR), must be citizens of the United States who have undergone rigorous background checks, including fingerprinting.

The USDA deal could spur other federal agencies to take a look at Microsoft’s cloud offerings, Kolcun said.

“Nearly every federal agency trusts their productivity needs to Microsoft Office, Exchange, and SharePoint today,” he said. “From a momentum perspective, I think this announcement is going to be a phenomenal catalyst to drive more interest from the federal CIO community to think about moving their full messaging suite applications to the cloud with Microsoft.”