Facebook has just launched U.S. Politics page in an effort to bring all the U.S. (and later the World) politicians under its umbrella. 🙂

However, Facebook has already proved vital for politicians to reach the mass audiences.  Let’s see President Barack Obama with about 9 million fans hanging around his neck. 🙂 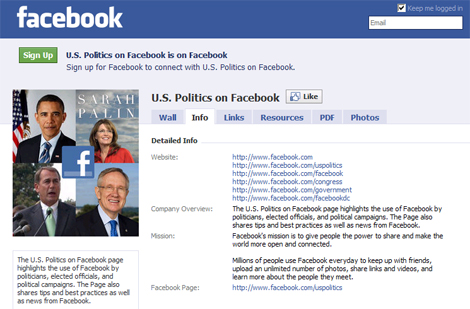