In the journal PLoS Biology, a team of scientists reports experiments showing how the gene defect of Angelman syndrome disrupts neurological processes that may be needed for memory and learning. In tests in mice, the team showed that a novel compound could restore the healthy processes.

PROVIDENCE, R.I. [Brown University] — In a new study in mice, a scientific collaboration centered at Brown University lays out in unprecedented detail a neurological signaling breakdown in Angelman syndrome, a disorder that affects thousands of children each year, characterized by developmental delay, seizures, and other problems. With the new understanding, the team demonstrated how a synthesized, peptide-like compound called CN2097 works to restore neural functions impaired by the disease.

“I think we are really beginning to understand what’s going wrong. That’s what’s very exciting,” said John Marshall, professor of medical science in the Department of Molecular Pharmacology, Physiology, and Biotechnology and the senior author of the study in the journal PLoS Biology. However Marshall did caution that it is too early to predict how soon a clinical therapy might arise from the results.

In mice and people, Angelman syndrome arises from flaws in a gene called Ube3A. When it functions properly, the gene limits the amount of a protein called Arc in the brain. Left unchecked by the disease, Arc impairs the development of synapses in the hippocampus. Those neural connections may be essential for proper learning and memory function. 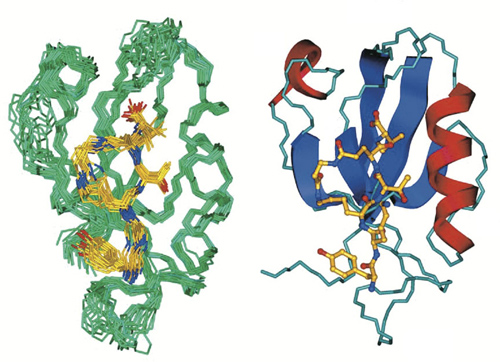 In the new study, Marshall and his colleagues report a series of experiments that show how the abundance of Arc creates such negative effects and how Arc might possibly be defeated and its ill-effects repaired in the lab.

Essentially, Arc interferes with the operation of a synaptic protein called PSD-95, that is required for the actions of a growth factor, known as brain-derived neurotrophic factor (BDNF). This growth factor is released at synaptic contacts and initiates a sequence of molecular interactions necessary for the strengthening of neuronal connections or synapses. In mice with the flawed Ube3A gene, the signals sent by BDNF for memory formation are disrupted.

A team with a history

Although the researchers were surprised by the details they discovered about how Arc hinders the signaling process, they didn’t come to the insight with complete naivete. 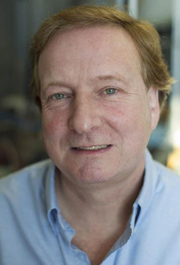 In other work, Marshall had been studying CN2097, designed by co-author Mark Spaller of Dartmouth College (Spaller synthesized it during earlier tenures at Wayne State University and Brown). The compound, which binds to PSD-95 was predicted to protect neurons under conditions of stroke and in disease states such as multiple sclerosis. With co-senior author Dennis Goebel of Wayne State, Marshall and Spaller found this to be the case. During the course of those studies the Marshall group learned that CN2097 enhanced the action of brain-derived neurotrophic factor (BDNF) which is known to be critically involved in long-term potentiation (LTP), a phenomenon believed by many neuroscientists to underlie learning.

Then, when University of North Carolina professor and former Brown postdoc Ben Philpot, now a leading expert on Angelman syndrome, returned to campus in 2008 to speak about Angelman syndrome, he showed how LTP is notably lacking in mice with the condition. After discussions with Philpot, Marshall and his group decided to test whether CN2097 might restore LTP in Angelman mice.

Early on, Marshall said, the team figured the defect in LTP in Angelman mice effect had to do with BDNF signaling.

“We started studying BDNF signaling in the Angelman syndrome mouse and discovered the signaling was defective, so that really was the breakthrough,” he said. “It was completely unexpected. It’s a new way of thinking about this disease.”

That led to the set of experiments now reported in PLoS Biology, in which the group found that CN2097 essentially protects PSD-95 from interference by Arc, helping to restore BDNF signaling and the formation of stronger synapses. In electrophysiological tests on hippocampal tissue of healthy and Angelman mice, the compound made obtaining LTP significantly easier, although observing LTP in Angelman mice is still more difficult than in normal mice, Marshall said.

Paths to a therapy

Although the bottom line of the study is that the scientists now have taken a step toward understanding what seems to be going wrong in Angelman syndrome, the path toward a therapy for people is not so simple, Marshall said. For one thing, the team hasn’t yet shown that mice benefit cognitively or behaviorally from CN2097’s ability to protect PSD-95 from Arc and therefore to restore BDNF signaling and synapse formation.

“Can we actually rescue learning deficits?” Marshall said. “That would be the next stage to test. We haven’t gotten that far yet.”

Also, CN2097 breaks down in a matter of hours, so it may have to be administered quite frequently to sustain its beneficial effects.

But the research is extremely encouraging, Marshall said, because it pinpoints a potentially successful therapeutic strategy. Now scientists have two promising options. One is simply to keep testing CN2097 to determine whether it benefits live, behaving mice and what the best dosing regimen would be. The other is for scientists to take all that they have learned over the course of their experiments and use that knowledge to identify other compounds that might work like CN2097, but do so for longer periods of time.

“We think we are on the right track,” Marshall said. “The goal is to try to help these kids. We want to do that as rapidly as possible.”

Marshall has launched a new start-up company, Angelus Therapeutics, in hopes of raising the money required to perform more preclinical studies in animals. Further tests of the compound are necessary to lay the groundwork for possible future clinical trials.

Farther into the future, he added, the team can also look at other brain disorders that might also have to do with BDNF, synapse formation, learning, and memory, perhaps including Alzheimer’s disease.

In addition to Marshall, Spaller, and Goebel, other authors are Cong Cao, Mengia Rioult-Pedotti and Crystal Yu at Brown; Paolo Migani at the University Pollitechnica delle Marche in Ancona, Italy; and Rakesh Tiwari and Keykavous Parang at the University of Rhode Island.

The Angelman Syndrome Foundation, the Rhode Island Science and Technology Advisory Council, and the National Institutes of Health (Grant R21-NS061176) supported the research.