Researchers from UCLA’s Jonsson Comprehensive Cancer Center have identified a cell-permeable peptide that inhibits a hepatitis C virus protein and blocks the viral replication that can lead to liver cancer and cirrhosis.

The finding by Dr. Samuel French, a UCLA assistant professor of pathology and senior author of the research, builds on previous work by French’s laboratory that identified two cellular proteins that are important factors in hepatitis C virus infection.

In that earlier research, French and his team set out to identify the cellular factors involved in hepatitis C replication. Using mass spectrometry, they found that heat-shock proteins (HSPs) 40 and 70 were important for viral infection. HSP 70 was previously known to be involved, but the study linked HSP 40 for the first time to hepatitis C infection. The researchers further showed that the natural compound quercetin, which inhibits the synthesis of these proteins, significantly inhibited viral infection in tissue culture. 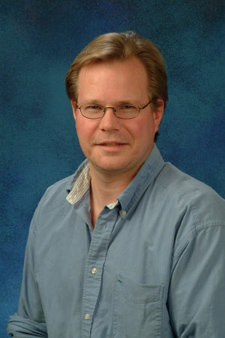 In the current study, published Jan. 30 in the peer-reviewed journal Hepatology, French and his team demonstrated that the viral, non-structural protein 5A (NS5A) directly binds to HSP 70, and they mapped the site of the NS5A–HSP 70 complex on NS5A. While HSP 70 was previously shown to bind to NS5A in cells, a direct NS5A–HSP70 interaction and complex formation was established in this study. In an effort to stop this interaction, the researchers tested peptides that might inhibit HSP 70.

“This is important because we’ve developed a small peptide which binds to that site and blocks the interaction between the proteins that is important for viral replication,” French said. “This is another, potentially highly efficacious way to block replication of hepatitis C.”

An estimated 160 million people worldwide are infected with hepatitis C, and the conventional treatments — interferon and ribavirin — can have significant side effects. A new drug targeting cellular proteins rather than viral proteins would be a valuable addition to the treatment arsenal, French said.

“We were surprised that this peptide works this well,” he said. “While its mechanism is different, the activity of this peptide is comparable to other newly developed antivirals.”

The study, done in tissue culture, shows that the peptide gains entry into the cell easily and blocks the cascade of cellular events that allows the virus to replicate, French said. Blocking the HSP 70 protein rather than a viral protein also reduces the chance of patients with the hepatitis C virus developing resistance to the peptide.

“There’s no direct pressure on the virus, so it is less likely to mutate and develop resistance,” French said. “The goal is to achieve a sustained response, essentially a cure, meaning there is no more virus replication. There are a lot of drugs coming out now that are designed to stop hepatitis C replication, but resistance is still an issue. About 10 to 20 percent of patients on the new drugs become resistant. This new peptide may help combat resistance.”

Going forward, French and his team are testing variants of the newly discovered peptide to see if they can develop one with an even higher affinity and can decrease the size of the peptide to improve cellular penetration and liver targeting. The new and improved peptides will be tested in animal models.

This peptide “may be a candidate for hepatitis C therapy,” the study states. “Considering the potency of the peptide in suppressing viral translation levels, treatment with this peptide may significantly improve the efficacy of conventional treatments in patients who become resistant to conventional therapies.”

The study was supported in part by the National Institutes of Health and by the California Center for Antiviral Drug Discovery at the University of California.