In a paper published Jan. 29 in the advance online edition of the journal Nature Physics, the team shows that the missing electrons are swept away from the planet by a tide of solar wind particles during periods of heightened solar activity.

“This is an important milestone in understanding Earth’s space environment,” said lead study author Drew Turner, an assistant researcher in the UCLA Department of Earth and Space Sciences and a member of UCLA’s Institute for Geophysics and Planetary Physics (IGPP). “We are one step closer towards understanding and predicting space weather phenomena.”

During powerful solar events such as coronal mass ejections, parts of the magnetized outer layers of sun’s atmosphere crash onto Earth’s magnetic field, triggering geomagnetic storms capable of damaging the electronics of orbiting spacecraft. These cosmic squalls have a peculiar effect on Earth’s outer radiation belt, a doughnut-shaped region of space filled with electrons so energetic that they move at nearly the speed of light. 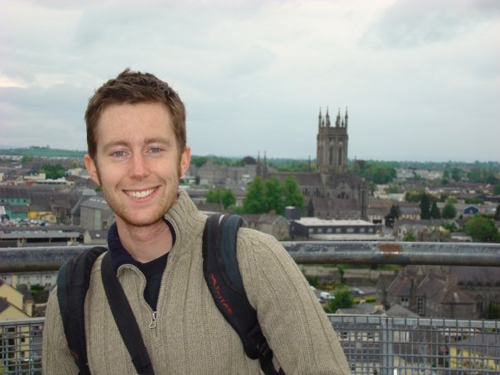 Drew Turner, an assistant researcher in the UCLA Department of Earth and Space Sciences and a member of UCLA's Institute for Geophysics and Planetary Physics (IGPP). Image credit: University of California

“During the onset of a geomagnetic storm, nearly all the electrons trapped within the radiation belt vanish, only to come back with a vengeance a few hours later,” said Vassilis Angelopoulos, a UCLA professor of Earth and space sciences and IGPP researcher.

The missing electrons surprised scientists when the trend was first measured in the 1960s by instruments onboard the earliest spacecraft sent into orbit, said study co-author Yuri Shprits, a research geophysicist with the IGPP and the departments of Earth and space sciences, and atmospheric and oceanic sciences. 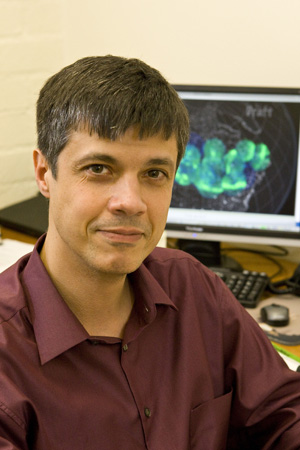 Vassilis Angelopoulos, a UCLA professor of Earth and space sciences and a researcher with UCLA's Institute for Geophysics and Planetary Physics. Image credit: University of California

“It’s a puzzling effect,” he said. “Oceans on Earth do not suddenly lose most of their water, yet radiation belts filled with electrons can be rapidly depopulated.”

Even stranger, the electrons go missing during the peak of a geomagnetic storm, a time when one might expect the radiation belt to be filled with energetic particles because of the extreme bombardment by the solar wind.

Where do the electrons go? This question has remained unresolved since the early 1960s. Some believed the electrons were lost to Earth’s atmosphere, while others hypothesized that the electrons were not permanently lost at all but merely temporarily drained of energy so that they appeared absent.

“Our study in 2006 suggested that electrons may be, in fact, lost to the interplanetary medium and decelerated by moving outwards,” Shprits said. “However, until recently, there was no definitive proof for this theory.”

To resolve the mystery, Turner and his team used data from three networks of orbiting spacecraft positioned at different distances from Earth to catch the escaping electrons in the act. The data show that while a small amount of the missing energetic electrons did fall into the atmosphere, the vast majority were pushed away from the planet, stripped away from the radiation belt by the onslaught of solar wind particles during the heightened solar activity that generated the magnetic storm itself.

A greater understanding of Earth’s radiation belts is vital for protecting the satellites we rely on for global positioning, communications and weather monitoring, Turner said. Earth’s outer radiation belt is a harsh radiation environment for spacecraft and astronauts; the high-energy electrons can penetrate a spacecraft’s shielding and wreak havoc on its delicate electronics. Geomagnetic storms triggered when the oncoming particles smash into Earth’s magnetosphere can cause partial or total spacecraft failure. 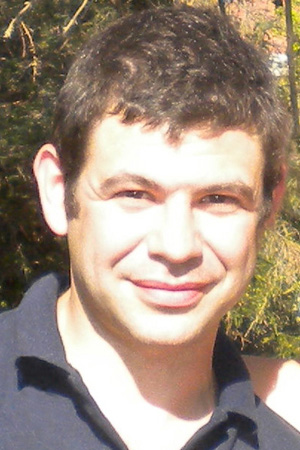 Yuri Shprits, a research geophysicist with UCLA's Institute for Geophysics and Planetary Physics and the departments of Earth and space sciences, and atmospheric and oceanic sciences. Image credit: University of California

“While most satellites are designed with some level of radiation protection in mind, spacecraft engineers must rely on approximations and statistics because they lack the data needed to model and predict the behavior of high-energy electrons in the outer radiation belt,” Turner said.

During the 2003 “Halloween Storm,” more than 30 satellites reported malfunctions, and one was a total loss, said Angelopoulos, a co-author of the current research. As the solar maximum approaches in 2013, marking the sun’s peak activity over a roughly 11-year cycle, geomagnetic storms may occur as often as several times per month.

“High-energy electrons can cut down the lifetime of a spacecraft significantly,” Turner said. “Satellites that spend a prolonged period within the active radiation belt might stop functioning years early.”

While a mechanized spacecraft might include multiple redundant circuits to reduce the risk of total failure during a solar event, human explorers in orbit do not have the same luxury. High-energy electrons can punch through astronauts’ spacesuits and pose serious health risks, Turner said.

“As a society, we’ve become incredibly dependent on space-based technology,” he said. “Understanding this population of energetic electrons and their extreme variations will help create more accurate models to predict the effect of geomagnetic storms on the radiation belts.”

Key observational data used in this study was collected by a network of NASA spacecraft known as THEMIS (Time History of Events and Macroscale Interactions during Substorms); Angelopoulos is the principal investigator of the THEMIS mission. Additional information was obtained from two groups of weather satellites called POES (Polar Operational Environmental Satellite) and GOES (Geostationary Operational Environmental Satellite). 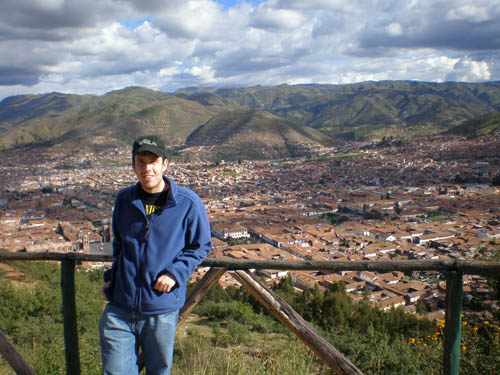 A new collaboration between UCLA and Russia’s Moscow State University promises to paint an even clearer picture of these vanishing electrons. Slated for launch in the spring of 2012, the Lomonosov spacecraft will fly in low Earth orbit to measure highly energetic particles with unprecedented accuracy, said Shprits, the principal investigator of the project. Several key instruments for the mission are being developed and assembled at UCLA.

Earth’s radiation belts were discovered in 1958 by Explorer I, the first U.S. satellite that traveled to space.

“What we are studying was the first discovery of the space age,” Shprits said. “People realized that launches of spacecraft didn’t only make the news, they could also make scientific discoveries that were completely unexpected.”

This project received federal funding from NASA and the National Science Foundation. Other co-authors include Michael Hartinger, a UCLA graduate student in Earth and space sciences.