In the immediate aftermath of a natural disaster, the focus is on physical repair and reestablishment of the market economy.

“But the moral economy – the relationships between people – also needs repair. In the case of Hurricane Katrina, residents’ sense of New Orleans as a connected community was damaged,” said Soldwedel Professor of Marketing Melanie Wallendorf of the University of Arizona Eller College of Management. 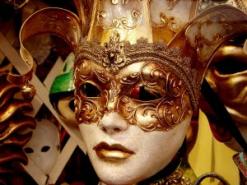 In New Orleans, Mardi Gras is a valued celebration that brings together members of the community. Image credit: University of Arizona

“What often happens during times of social threat is that people become more articulate about how things ought to be,” Wallendorf said. “Michelle went to New Orleans to study during a time of active debate.”

While outsiders questioned the value of what seemed to be a frivolous event, residents viewed Mardi Gras as a community festival, a fixed date on the calendar – the possibility of cancelling it akin to cancelling Christmas. “What’s more, there was a strong sense that everyone needed it, as a counterpoint to the tragedy,” Wallendorf said.

The ethnographic study that resulted went on to form the basis of Weinberger’s dissertation, as well as a paper she and Wallendorf collaborated on, now published in the Journal of Consumer Research.

The pair focused on the question of gifting. “There is a lot of literature on gifting, mostly in dyadic gifting, or that between two people,” Wallendorf said. “In dyadic gifting, there’s implied reciprocity: the gift is meant to stay in motion. For example, a dinner invite isn’t meant to be returned immediately, it should help keep the relationship going over time.”

But gifting at Mardi Gras does not function in that way at all. 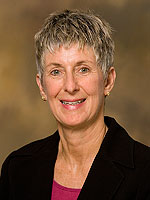 “It’s important to note that what we are interested in is not the tourist’s Mardi Gras in the French Quarter, but the true community celebrations that happen out of the media spotlight,” Wallendorf explained.

For locals, Mardi Gras involves families setting up lawn chairs along parade routes, where they share food and conversation and catch gifts from floats. Mardi Gras has traditionally been bankrolled by wealthy individuals and Krewes, teams of people who fund parades and balls.

“The Krewes dress up, mask themselves, and ride along the parade route, tossing gifts out to the parade-goers,” Wallendorf said. “There is absolutely no expectation of reciprocity, the gifts themselves aren’t really practical or useful, and the gifting goes on in the crowd, too, between parade-goers.”

Some gifting, she and Weinberger concluded, is to provide social cohesion. “It’s a connection between higher and lower status groups,” Wallendorf explained. The higher and lower status can be contextual: While the Krewes are typically made up of influential or prestigious people, a Krewe member may be dispensing gifts from a float and attending a closed-door celebration one day, and catching gifts from another Krewe at the next parade. 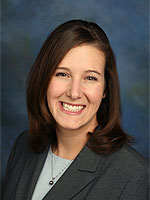 “The practice connects the high/low status groups by creating a ‘we,'” Wallendorf pointed out, “but it also cements the divide when the Krewe goes on to its private party.”

After Hurricane Katrina, the community had to redefine Mardi Gras for itself. The city of New Orleans, for example, traditionally pays for police time and garbage collection and city statutes prevent any corporate sponsorship.

“Corporations were essential to the relief effort after the hurricane,” Wallendorf said. “But when it came to Mardi Gras, the possibility of corporate support felt like a threat to the community’s status order, its ability to take care of its own.”

This unsettled time prompted the community to openly discuss what kind of Mardi Gras to have, how long the routes should be, and what, if any, concessions to make in terms of corporate sponsorship to get through a period of extraordinary difficulty.

“Ultimately what we were trying to do in this paper was see how a community that has been disrupted puts itself back together again,” Wallendorf said. “The aftermath of the tragedy allowed us to understand how collective gift giving played an important role in rebuilding the social and cultural fabric. Gifts from outside sponsors would not have connected community members in the same way.”