In August, leaders from more than 50 schools from around the country will gather at Yale to hear a simple but profound message — emotions matter in the classroom.

The training session will be the largest ever held by the Yale Center for Emotional Intelligence, which has built a sophisticated, science-based program that is anchored in the seminal work of now Yale University President Peter Salovey and fellow psychologist John D. Mayer. Less than a quarter century after publication of their paper, “Emotional Intelligence,” 75,000 educators in more than 500 schools in 30-plus states and countries including England, Spain, Italy, and Australia have learned about the key role of emotions in learning and behavior through a program called RULER.

The rapid adoption of RULER — an approach to teaching emotional intelligence spearheaded by Marc Brackett, who this year succeeded Salovey as director of the Center for Emotional Intelligence – is driven by testimonials like that of Fran Rabinowitz, superintendent of schools in Hamden, Connecticut, which implemented the program three years ago.

“Emotional intelligence has become part of the framework of our school district,” Rabinowitz said. “RULER has become part of what we do and who we are; it’s built into our strategic plan.  It has certainly helped in terms of student behavior, but that is not the main premise. Today, we educate the whole child.” 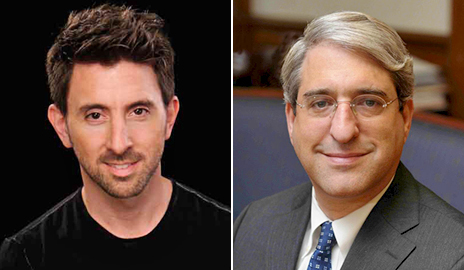 In 1990, Salovey and Mayer devised a way to measure an individual’s ability to recognize and understand their own feelings and those of others, and to assimilate that knowledge into their behavior.  However, few people read the paper until 1995, when Daniel Goleman cited it in his international bestselling book “Emotional Intelligence.” Interest in emotional intelligence then exploded.

One of the readers of Goleman’s book was Brackett, who thought that much of discussion that ensued after the book’s publication watered down the underlying skills of emotional intelligence. “The emphasis was on things like optimism, self-esteem, and perseverance, which to me were more like personality traits than emotional intelligence,” Brackett said.

Brackett searched for a more rigorous approach to the topic, and after reading Salovey and Mayer’s paper he earned his doctorate with Mayer as his adviser and became a postdoctoral associate with Salovey at Yale. For the next 10 years, Brackett — along with his uncle and long-time mentor Marvin Maurer, Yale psychologist Susan Rivers, and other Yale researchers — began building what would become the RULER program, launched in 2005.

In the eight years since, many studies have shown its efficacy in improving behavior and academic performance. So impressive are the results that Yale has instituted training that incorporates the program for managers at the University, and the Yale School of Management considers emotional intelligence as a factor in its admissions assessments.

There are several reasons why the program has gone well, says Brackett, noting that  Yale staff concur that “we need to train everyone with a face” about the importance of emotions in daily interactions.

In the training, what begins as talk about “feeling” words such as anger, frustration or fear — or calm and elation — advance into discussions about what sort of classroom environment is desired by students, teachers, administrators, and other school staff, including bus drivers and custodians. Those discussions about how to feel respected, valued, and appreciated can lead to agreements that help diffuse conflicts as they arise, Rivers said.

“In the classroom, there needs to be space to develop and practice the skills of emotional intelligence every day, and such discussions cannot be a separate part of the curriculum,” Rivers added. “What we want is for emotions to be integral to the everyday practices of teaching and learning. Children will benefit the most if their teachers and family members are developing their emotional intelligence, too.”