The terrifying rise of the Gothic

To mark the 250th anniversary of the earliest Gothic novel, first published on Christmas Eve 1764 as a seasonal ghost story, a new edition of The Castle of Otranto introduced by a University of Exeter academic is now available.

Author Horace Walpole described his literary work as a “Gothic story”, yet for him the Gothic meant very different things from what it might do today. While the Gothic was associated with the supernatural, it was predominantly a theory of English progress rooted in Anglo Saxon and medieval history.

In Professor Nick Groom’s introduction, he explores the novel’s Gothic context in the cultural movement that affected political and religious thinking before Walpole developed it as a literary style. This helps to explain the novel’s impact on contemporaries, its importance, and Walpole’s pioneering innovations. 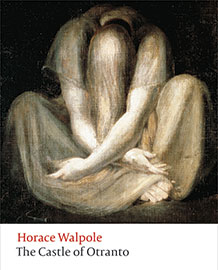 The action of Otranto takes place predominantly in the dark in a claustrophobic castle and in secret underground passages. Inexplicable events plague the plot, and the dead – embodying the inescapable crimes of the past – haunt the characters like avenging ghosts.

Professor Groom explained that when reading Otranto today it’s almost impossible to forget what 250 years of Gothickry have bequeathed to our culture in literature, architecture, fashion, film, and music. He said:“Everything from the great Gothic Revival design of the Palace of Westminster to the eerie music of Nick Cave – its influence is extensive. Cinema has been particularly instrumental in spreading this unholy word. Technology drove the Gothic dream, enabling the towering spires and colossal naves of medieval cathedrals, or enlisting in 19th century art and literature the latest scientific developments in anatomy and galvanism(that inspired literature such as Frankenstein), the circulation of the blood and infection (that influenced The Vampire), or drug use and psychology (that shaped Strange Case of Dr Jekyll and Mr Hyde).”

The experience of cinema was considered phantasmagoric, with kaleidoscopic images projects in a darkened room, accompanied by wild expressionist music. Camera tricks, special effects, fantastical scenery and monstrous figures combined in a new visual style, most notably in Robert Weine’s The Cabinet of Dr Caligari (1920), the horror film had arrived.

In the 1970’s, British film makers such as Hammer House of Horror drew on Britain’s rich literary heritage, its crumbling ecclesiastical remains, the dark and stormy weather. Gothic film continues to thrive today in films like The Blair Witch Project and more overtly literary pictures such as Bram Stoker’s Dracula, as well as contemporary TV classics like Buffy the Vampire Slayer.

Professor Groom added:“Despite the hi-tech of film-making, the profound shift in the meaning of Gothic, and the gulf of 250 years, the pulse of The Castle of Otranto still beats in these films. Otranto is a novel of passion and terror, of human identify at the edge of sanity.  In that sense, Horace Walpole set down the template of the Gothic. The Gothic may have mutated since 1764, it may now go under many different guises, but it is still with us today. And there is no escape.”

The Castle of Otranto is published by Oxford University Press.