The Pitfalls of Too Many Men

*A scarcity of women leads men to be impulsive, save less, and borrow more*

If you’re a male living in an area with fewer females than you would like, beware: You may be facing a double whammy.

According to new research from Vlad Griskevicius in the U’s Carlson School of Management, the perception that women are scarce in an environment leads men to be impulsive, borrow more, and save less.

A matter of perception

“When you change the sex ratio of a group, it changes the way the individuals compete … and ultimately, this is all about mating,” says Griskevicius, an assistant professor of marketing at the Carlson School who has done extensive research in the fields of evolutionary biology, psychology, and consumer behavior. 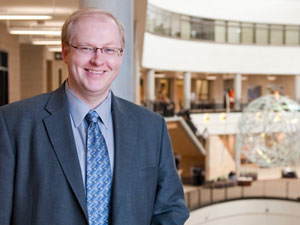 In general, with fewer males in a setting, single men are less aggressive and less competitive, and expend less energy toward mating. Think of this as a big-picture manifestation of behavior from the television show, “The Bachelor,” where a single male kicks back and enjoys a bevy of women fawning over him.

Conversely, when women are scarcer, males tend to be more aggressive and competitive and make a greater effort toward mating, as in “The Bachelorette.”

Griskevicius and colleagues decided to test whether changing sex ratios would affect things like financial decisions and conspicuous consumption. In one study, participants were shown photo arrays of men mixed with women. Some arrays had more women than men, while others had a preponderance of men.

Participants were then asked if they’d rather receive $41 the next day or $51 about a month later. When women were perceived as scarce in the photos, men were much more likely to choose the immediate payout rather than waiting for a greater reward. The sex ratio had no such effect for women’s reward choices.

In another study, volunteers were shown fabricated articles stating either that there were more women than men on their campus or more men than women.

They were then asked how much money they would save each month if they had a surplus, or how much they would borrow if they were short. Here again, their lingering perceptions of sex ratios had a significant influence. When led to believe that women were scarce, men decreased their amount of monthly savings by 42 percent and were interested in borrowing 84 percent more.

“The takeaway here is that the ratio of men to women does have an influence on consumer behavior and financial decisions,” Griskevicius says. “When there are more men than women [at least in perception], people have more debt and more credit cards across 134 U.S. cities; men become more impulsive, save less, and borrow more; and men are expected to spend more money on courtship, like Valentine’s Day gifts, dinner dates, and engagement rings.”