The final nail in the Jurassic Park coffin

It is hardly possible to talk about fossil insects in amber without the 1993 movie Jurassic Park entering the debate.

The idea of recreating dinosaurs by extracting DNA from insects in amber has held the fascination of the public for two decades. Claims for successful extraction of DNA from ambers up to 130 million-years-old by various scientists in the early 1990s were only seriously questioned when a study at the Natural History Museum, London, was unable to replicate the process. The original claims are now considered by many to be a text-book example of modern contaminant DNA in the samples. Nonetheless, some scientists hold fast to their original claims.

Research just published in the journal The Public Library of Science ONE (PLOS ONE) by a team of researchers from the Faculty of Life Sciences at The University of Manchester can now confirm that the existence of DNA in amber fossils is highly unlikely. The team led by amber expert Dr David Penney and co-ordinated by ancient DNA expert Professor Terry Brown used highly-sensitive ‘next generation’ sequencing techniques – the most advance type of DNA sequencing – on insects in copal, the sub-fossilized resin precursor of amber. 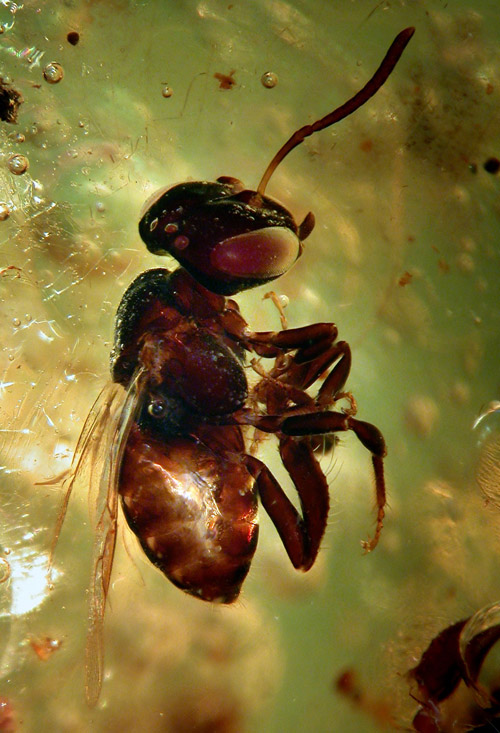 The research was conducted wearing full forensic suits in the dedicated ancient DNA facility at The University of Manchester, which comprises a suite of independent, physically isolated laboratories, each with an ultra-filtered air supply maintaining positive displacement pressure and a managed access system.

According to Professor Brown: “In the original 1990s studies DNA amplification was achieved by a process called the polymerase chain reaction (PCR), which will preferentially amplify any modern, undamaged DNA molecules that contaminate an extract of partially degraded ancient ones to give false positive results that might be mistaken for genuine ancient DNA. Our approach, using ‘next generation’ sequencing methods is ideal for ancient DNA because it provides sequences for all the DNA molecules in an extract, regardless of their length, and is less likely to give preference to contaminating modern molecules.” 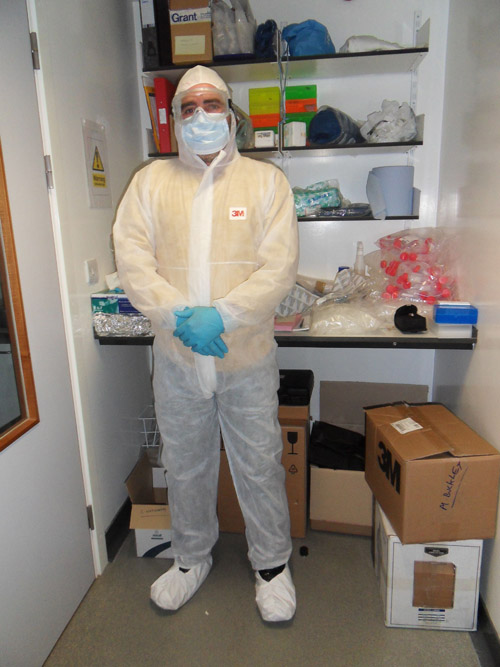 The team concluded that their inability to detect ancient DNA in relatively young (60 years to 10,600 years old) sub-fossilized insects in copal, despite using sensitive next generation methods, suggests that the potential for DNA survival in resin inclusions is no better, and perhaps worse, than that in air-dried museum insects (from which DNA has been retrieved using similar techniques). This raises significant doubts about claims of DNA extraction from fossil insects in amber, many millions of years older than copal.

Dr Penney said: “Intuitively, one might imagine that the complete and rapid engulfment in resin, resulting in almost instantaneous demise, might promote the preservation of DNA in a resin entombed insect, but this appears not to be the case. So, unfortunately, the Jurassic Park scenario must remain in the realms of fiction.”