By comparing the testosterone levels of five-month old pairs of twins, both identical and non-identical, University of Montreal researchers were able to establish that testosterone levels in infancy are not inherited genetically but rather determined by environmental factors. “Testosterone is a key hormone for the development of male reproductive organs, and it is also associated with behavioural traits, such as sexual behaviour and aggression,” said lead author Dr. Richard E. Tremblay of the university’s Research Unit on Children’s Psychosocial Maladjustment. “Our study is the largest to be undertaken with newborns, and our results contrast with the findings gained by scientists working with adolescents and adults, indicating that testosterone levels are inherited.” The findings were presented in an article published in Psychoneuroendocrinology on May 7, 2012. 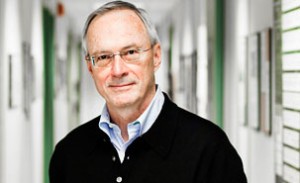 “Because our study suggests that testosterone levels in infants are determined by the circumstances in which the child develops before and after birth, further studies will be needed to find out exactly what these influencing factors are and to what extent they change from birth to puberty,” Tremblay said.

The article Genetic and environmental contributions to saliva testosterone levels in male and female infant twins was published in an advanced, online edition of Psychoneuroendocrinology on May 7, 2012, by Dr. Richard E Tremblay of the University of Montreal’s Research Unit on Children’s Psychosocial Maladjustment. Dr Tremblay is also affiliated with the university’s departments of pediatrics, psychiatry and psychology and with University College Dublin in Ireland. The research received funding from the Canadian Institutes of Health Research, the Social Sciences and Humanities Research Council of Canada, the Fonds de la recherche du Québec. The University of Montreal is officially known as Université de Montréal.