Teenagers with autism spectrum disorder are in a bind. The disorder is characterized by impairments in communication and social interaction, but it’s a continuum, so some teens diagnosed with ASD are considered high functioning and healthy enough to be “mainstreamed” in school.

But without the proper social skills, even mainstreamed teens don’t quite fit into the general social milieu of middle school or high school. As a result, they suffer from all the slings and arrows of that world.

Since 2006, however, the UCLA PEERS (Program for the Education and Enrichment of Relational Skills) clinic has assisted high-functioning teens with ASD by literally teaching them the strategies they need to fit in better with their peers. And while previous research demonstrated that the program was effective, it wasn’t known whether the new skills “stuck” with these teens after they completed the PEERS classes.

In the current edition of the Journal of Autism and Developmental Disorders, Elizabeth Laugeson, director of the PEERS Clinic and a UCLA assistant clinical professor of psychiatry, and colleagues report that in a long-term follow-up study, they found that the skills taught and learned stayed with the kids — and in some cases even improved. 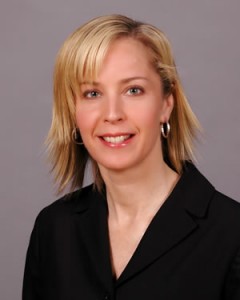 ASD includes a range of pervasive developmental disorders characterized by problems with communication and socialization; it’s estimated that one in 88 children born in the United States has some form of ASD.

The researchers’ findings show that the PEERS intervention resulted in significant improvements in social skills, as reported by parents and teachers using standardized measurements of social functioning. Reports from parents also suggested that teens’ ASD symptoms related to social responsiveness decreased significantly by the end of the class and even at the long-term, 14-week follow-up. In addition, the teens’ knowledge of social skills improved, as did the frequency of their get-togethers with their peers.

Teacher ratings of the teens’ social functioning in class also showed significant improvements at the long-term follow-up — an important finding, since the teachers did not know the teens had participated in the PEERS class.

Both parents and teachers also reported there were fewer problem behaviors with the teens 14 weeks after the program was over.

“Teens not only showed better social competence and greater understanding of social skills, but they were having more frequent get-togethers with their peers because they had developed the critical skills needed to make and keep friends,” said Laugeson, who also directs The Help Group–UCLA Autism Research Alliance.

Studies on the effectiveness of social-skills training for individuals with ASD indicate that intervention during childhood and adolescence is critical. However, very few evidence-based interventions focus on improving the social competence of teens with ASD, which makes the present findings unique and important, Laugeson said.

“This is exciting news,” she said. “It shows that teens with autism can learn social skills and that the tools stick even after the program is over, improving their quality of life and helping them to develop meaningful relationships and to feel more comfortable within their social world. The fact that these social skills are sticking is critical, because we need them to thrive throughout our lives.”

Laugeson attributes the power of the program to the parents. The PEERS classes, which focus on teaching the rules of social etiquette to teens, require parents to participate as well. In separate meetings, the parents are also provided with information on how to be social coaches for their teens in the real world. Many of the social skills taught are those most of us know intuitively: how to have a conversation (by trading information), showing good sportsmanship (“Hey, nice shot!”), and how to avoid bullying or deflect taunts (“Yeah, whatever”).

The classes meet for 90 minutes once a week for 14 weeks and include brief didactic instruction, role-playing demonstrations, behavioral rehearsal exercises for teens to practice newly learned skills, in-class coaching with performance feedback, and weekly “homework” assignments, supervised by parents, such as inviting a friend over for a get-together at home.

“The class is very structured, and the skills are broken down into small rules and steps of social etiquette that give the teens specific actions they can take in response to a social situation,” Laugeson said. “This method of instruction is very appealing to teens with autism because they tend to think concretely and literally and often learn by rote.”

What makes this program even more unique, Laugeson said, is that it teaches the skills used by socially accepted teens — not what adults think teens should do. For example, if teens with ASD are teased, “most adults will tell teens to ignore the person, walk away or tell an adult,” she said. “But when you ask teens if this works, they say no. So we want to teach our teens to do what kids that are socially accepted are naturally doing. In this case, that would be to give a short comeback that shows what the person said didn’t bother them — like saying ‘whatever’ or ‘yeah, and?’ They learn not to take the bait.”

Other authors of the study included Fred Frankel, Alexander Gantman and Catherine Mogil, all of UCLA, and Ashley R. Dillon of the Pacific Graduate School of Psychology. The research was supported by the National Institute of Mental Health (grants U54-MH-068172 and U54MH068172). The authors report no conflict of interest.