EAST LANSING, Mich. — Support for gay marriage is growing in Michigan, mirroring changing attitudes in many parts of the United States, according to Michigan State University’s State of the State Survey.

A recent survey found that 56 percent of the state’s residents support gay marriage while 39 percent oppose it. Two years ago, 48 percent supported gay marriage and 51 percent were opposed. 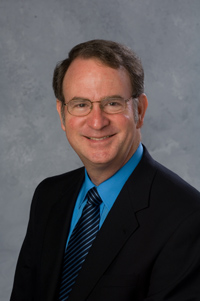 “Support for gay marriage has increased in recent years, in Michigan and across the country,” said Charles Ballard, MSU economics professor and director of the State of the State Survey.

The survey, done quarterly, measures Michiganders’ feelings about the economy and how their elected leaders are performing. Other issues of political and economic interest are also asked on occasion; the question on gay marriage was part of the summer 2012 survey.

Nationally, both the Gallup Organization and the Pew Research Center have been tracking attitudes toward gay marriage for 17 years. In 1996, they both found that only 27 percent of Americans were in favor of gay marriage. This year, respondents to the Gallup survey favored gay marriage 50 percent to 48 percent, and the Pew Center found 45 percent in favor and 46 percent opposed.

These changing attitudes contributed to the passage of ballot initiatives in three states in the Nov. 6 election. The votes in Maine, Maryland and Washington will allow gay and lesbian couples in those states to marry. These were the first states to approve gay marriage by a direct vote of the people. Maine, Maryland and Washington join six other states and the District of Columbia, in which gay marriage was instituted as a result of legislative actions or court decisions.

The State of the State Survey, based on a June 12-Aug. 13 telephone survey of 1,015 Michigan adults, showed substantial differences among different groups:

“Although a majority of Michigan residents favored gay marriage in this survey,” Ballard said, “there remain substantial differences among different groups.”

Since 1994, the State of the State Survey is operated through the Institute for Public Policy and Social Research, which is part of the College of Social Science at MSU.