EAST LANSING, Mich. — Skin color plays a role in deciding whether to execute military criminals, according to a new study by a Michigan State University law professor who found minorities in the military are twice as likely as whites to be sentenced to death.

The researchers identified 105 death-eligible murder cases and found unprecedented racial discrimination in the administration of the death penalty in the United States military. Death-eligible offenses under military law include premeditated and felony murders, which are the focus of Grosso’s study.

Findings are published in this month’s peer-reviewed portion of the Journal of Criminal Law and Criminology. 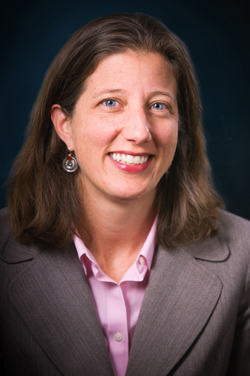 The racial disparity of minority defendants “sharply distinguishes the military system from the typical civilian system” at a “magnitude that is rarely seen in court systems,” the researchers found.

Case in point: Of the 16 men the military has sentenced to death in the last 27 years, 10 were minorities, Grosso said. And in multiple-victim murders, the disparity was even worse.

By executive order, the military began efforts to reform its capital punishment system in 1984, but this study could mean efforts haven’t worked, Grosso said.

It’s possible the military justice system isn’t as transparent as civilian systems, the researchers said. Whereas decisions of capital punishment fall under close scrutiny in state systems, the decisions of commanders and courts-martial members don’t.

“There are people in the military who care deeply about this issue. But hearing findings like those presented here is never easy,” Grosso said. “I am optimistic that the military will seek to respond.”

The researchers argue limiting military capital punishment to the most aggravated and heinous crimes would reduce racial prejudice. Those crimes: murder of a commissioned officer and a premeditated attack on U.S. troops resulting in death.

The reform would require an executive order or act of Congress, Grosso said.

“If race is on the table, if it puts a thumb on the scale, that’s injustice,” Grosso said. “These findings speak for themselves. They reflect how the military criminal justice system is operating, and it can do better.”