COLUMBUS, Ohio – For the first time, scientists have seen evidence of where the brain records the time and place of real-life memories.

Results showed that the similarity of the brain activation patterns when memories were recalled was an indicator of the breadth of space and time between the actual events.

These are actual photos taken by the lifeblogging app used by people in the study. Participants were later shown these photos while in the fMRI and asked to recall the memories associated with the pictures. Image credit: Ohio State University

Participants in the Ohio State University study wore a smartphone around their neck with an app that took random photos for a month. Later, when the participants relived memories related to those photos in an fMRI scanner, researchers found that a part of the brain’s hippocampus stores information about where and when their specific memories occurred. 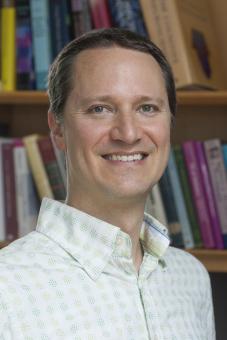 “What we’re picking up here is not the whole memory, but the basic gist – the where and when of the experience,” said Per Sederberg, senior author of the study and assistant professor of psychology at Ohio State.

“This could be viewed as the memory hub, where we have these general, large-scale representations of our experiences.”

Similar work has been done in rats – in fact the discovery of rat neurons that code for space won the Nobel Prize in Medicine last year. But in rats, the space they live in can be measured in feet.

There have also been studies in humans that ask them to recall lists of words or other information that they had just seen – but that recorded memories of just a few minutes that were created under experimental conditions.

This study greatly expands on both of those dimensions, by looking at real-life memories in humans.

“We found that the hippocampus represents time and space for at least a month of memories spanning up to 30 kilometers (19 miles) in space,” Sederberg said. “It is the first time we’ve been able to study memories on the scale of our lives.”

Sederberg led the study with Dylan Nielson, a Ph.D. graduate of Ohio State. Other co-authors were Troy Smith and Vishnu Sreekumar of Ohio State and Simon Dennis, a former Ohio State professor now at the University of Newcastle in Australia.

The study involved nine women aged 19 to 26 who wore an Android-based smartphone on a strap around their neck for one month. The phone was equipped with a custom lifeblogging app designed by Dennis. The app would take photos at random times of the day, recording the time, location, whether the person was moving and other information.

Over the course of the month, the phone took an average of about 5,400 photos for each participant.

After the month was over, the participants were placed in an fMRI scanner that measured activity in their brain while they were shown 120 of their own photos. Participants were asked to try to remember the event depicted in each picture and relive the experience in their mind while viewing the photo for eight seconds.

The researchers compared fMRI data on pairs of images for each participant. The photo pairs chosen were taken at least 100 meters and 16 hours apart.

“If the participants didn’t recall the images, we didn’t see this relationship,” Sederberg said.

“We also don’t get this effect if we only asked about the time and not the place of the memory. We found that time and space are very much intertwined in our representations of memories.”

Sederberg said the representations they found in the left anterior of the hippocampus aren’t the totality of the memories, but just the broad picture of where and when it occurred. Other research suggests that the posterior portion of the hippocampus may “fine-tune” the time and place.

Sederberg noted that the hippocampus is one of the first areas of the brain to degrade in Alzheimer’s disease.

“People with Alzheimer’s may forget experiences and people because they are not able to effectively target their old memories. They can’t retrieve memories because they can’t get the right general cue to get to that memory,” he said.

That’s one of the issues he would like to explore in future studies. Sederberg said he hopes to repeat this study with people of different ages and with people who are showing early signs of dementia to see how their brains are representing their memories.

He also plans to collect months or even a year’s worth of data to see how we target memories over even longer periods of time and greater distances.

“We’ve got a decade or more of work ahead of us. This is just the first step,” Sederberg said.