EAST LANSING, Mich. — In a society where people text rather than talk and eat out more than cook, community has been lost and necessities replaced by wants, says a group of Michigan State University students who recently released a documentary of their monthlong experiment in living with less.

Since its May 31 release, the 59-minute film has earned nearly 3,000 views and praises from fans around the globe. The film depicts the students’ struggle with and ultimate acceptance of six challenges they designed to live “minimally in a materialistic society.” 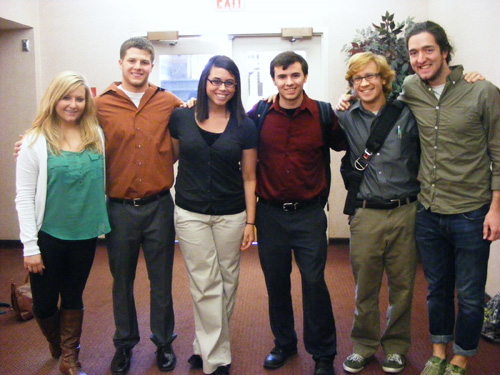 “Everyone has potentially what they want and need in their own house so there’s no need for them to reach out to the community,” said Michels, a media arts and technology senior. “The image of going to your neighbor’s house for a cup of sugar – that whole idea has been lost.”

For the month of February, each of the six undergraduates ate only at home – often together; walked or biked to locations within two miles of home; downsized their living spaces by 35 feet; and gave up social media. Each student wore only one pair of pants and four shirts for the month. And all students committed to finding time to pursue their passions, instead of obligations.

The results: Although the six come from different worlds, as Michels said, they formed a community, saved money and enjoyed the simple things. McPhail jumped in the Red Cedar River in February just because. Hnatiuk rediscovered her passion for photography and smiled more frequently. Radick donated three bags of clothes to a shelter. In essence: By living with less, they gained more.

But it wasn’t easy. The film is raw and personal, and nothing was staged for the camera, said Radick, a senior in the Residential College in the Arts and Humanities.

Marshall, also a media arts and technology senior, lasted 19 days before he failed two of six challenges, one of which was not to order pizza. After a couple weeks, Hnatiuk, who graduated in May, looked into the camera and asked why she wasn’t yet thriving. McPhail, who also graduated, struggled with wanting to celebrate his friend’s 21st birthday at the bar. 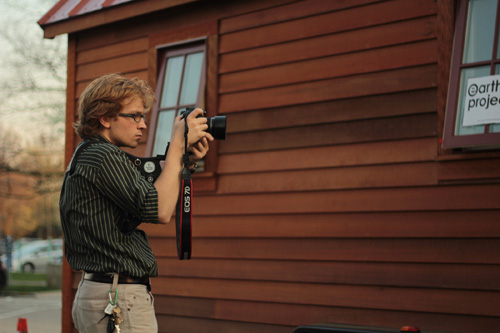 “I’ve realized I don’t put as much energy as I should into people who are closest to me,” Radick said in the film.

Minimal living isn’t for everyone, and demographics and living situations can affect the success of such a challenge, Michels and Radick said. But baby steps can make a difference as long as there’s a change in mindset.

“We went into this thinking it was an exercise in living more frugally and more sustainably and as much as those are awesome benefits, what’s been way more impressive is how much more in touch we are with ourselves, what makes us happy, what fulfills us,” Radick said. 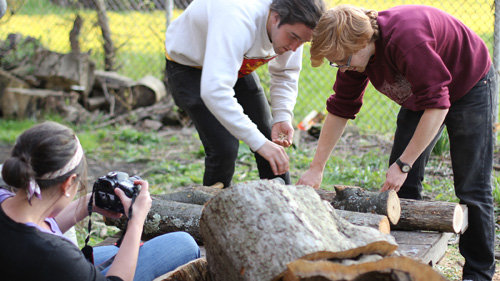