In 1996 the industry was in peril. Yields hit an all-time low due to pest, disease and production issues that greatly reduced crop health. Farmers were looking to get out of sugar beet farming and switch to more profitable crops. Industry representatives reached out to MSU to help solve the problem. 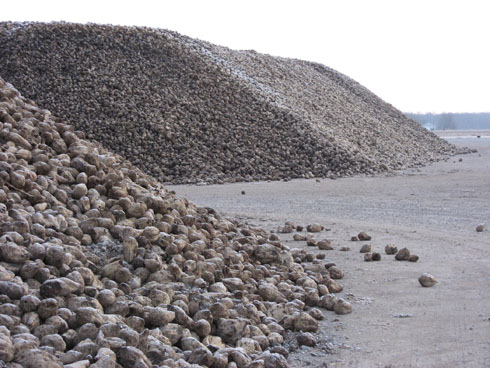 “Fifteen years ago, the sugar beet industry in Michigan was struggling to survive,” said Poindexter, who works with MSU’s Saginaw Valley Research and Extension Center, an MSU AgBioResearch center. “Industry representatives came to MSU seeking a way to fund a position to do research and education outreach to help improve the sugar beet crop. This is a great success story that was definitely a team approach.”

“Through our research, we’ve been able to improve sugar content from 16 percent to 18 percent, which increases farmers’ profits without them having to farm any additional acreage,” said Paul Pfenninger, Michigan Sugar Co.’s vice president of agriculture. “Our goal is to continually improve this percentage and eventually reach 19 percent in the near future.”

These advancements have allowed Michigan growers to produce 4 million tons of sugar beets, which translate to 1 billion pounds of white sugar. In terms of jobs, there are now 1,100 farm families raising sugar beets, and 2,300 full- and part-time people working at Michigan Sugar Co.

“We’ve improved sugar content and nutrient management, which has vastly increased yields and enhanced crop quality,” Poindexter said. “Essentially, we’ve made sugar beets the crop of choice in this region.”