Smartphone App Can Track Objects On the Battlefield as Well as On the Sports Field, Says MU Researcher

COLUMBIA, Mo. — University of Missouri researchers have developed new software using smartphones’ GPS and imaging abilities that determine the exact location of distant objects as well as monitor the speed and direction of moving objects. The software could eventually allow smartphone-armed soldiers to target the location of their enemies. On the home front, the software could be used by everyone, including golfers judging distance to the green and biologists documenting the location of a rare animal without disturbing it.

“The great advantage of a smartphone is that it provides so many tools in a single, readily available, relatively inexpensive package,” said Qia Wang, a doctoral student in MU’s College of Engineering who led the development of the software. “For example, on the battlefield, a soldier needs a rangefinder, compass, GPS and other tools to do reconnaissance before calling in an air strike. With our software, the soldier can have all those instruments in one device that can be purchased off the shelf. When that soldier returns from war, she can use the same software to protect her family by clocking a speeder near her children’s school and catching the culprit on video.”

Wang and his colleagues developed their software to locate and track:

“Currently, our software is limited by the physical abilities of smartphone hardware, but the devices are improving rapidly,” Wang said. “We anticipate that improvements in GPS accuracy, battery life and camera resolution will allow our software to make even more accurate observations. We also are making our software more user-friendly.”

The targeting and tracking software is not available commercially yet. A prototype version has been created and is currently being tested. More algorithms and methods are being developed to improve the speed and accuracy. Details on the programming and functionality of the software were presented by Wang and his colleagues at the Geospatial InfoFusion II conference and published in the Proceedings of the Society of Photo-Optical Instrumentation Engineers. 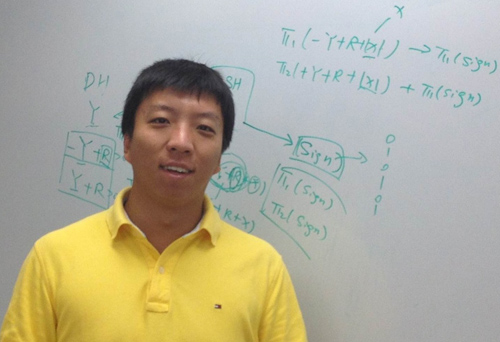 Qia Wang, a doctoral student in MU’s College of Engineering. University of Missouri researchers have developed new software using smartphones’ GPS and imaging abilities that determine the exact location of distant objects as well as monitor the speed and direction of moving objects. 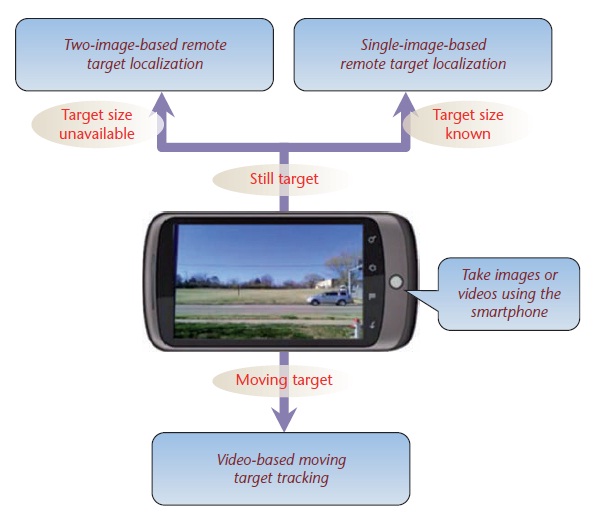 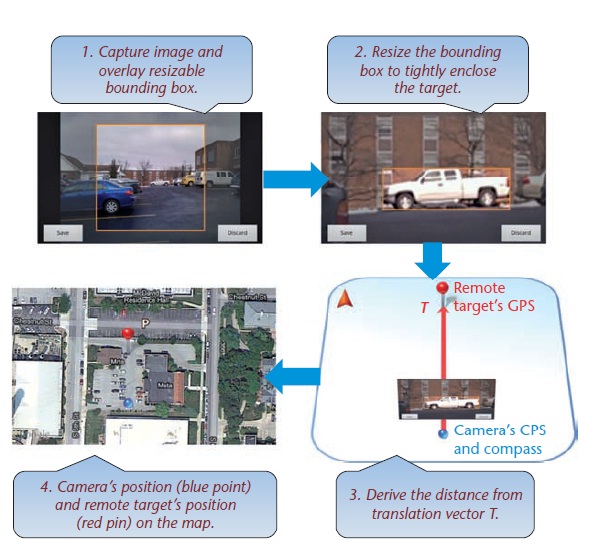 Single-Image PositionIt. Single-image-based localization workflow. Steps 1, 2, and 4 are screen shots from the phone. Step 3 is an illustration of how to compute the remote target’s GPS. 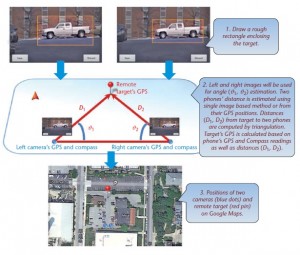 Two-Image PositionIt. Workflow of the two-image based system. Steps 1 and 3 are screen shots. Step 2 illustrates how to compute the remote target’s GPS. 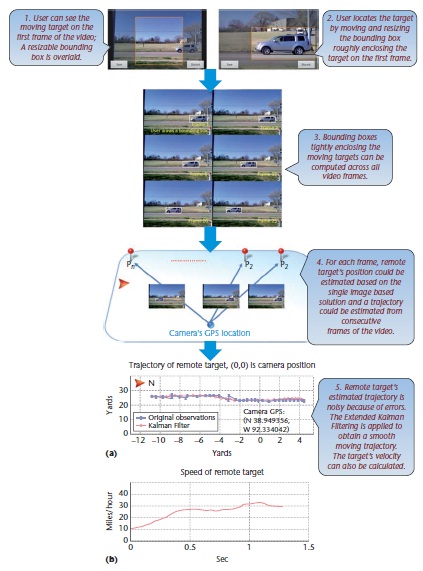