EAST LANSING, Mich. — Warmer oceans in the future could significantly alter populations of phytoplankton, tiny organisms that could have a major impact on climate change.

In the current issue of Science Express, Michigan State University researchers show that by the end of the 21st century, warmer oceans will cause populations of these marine microorganisms to thrive near the poles and may shrink in equatorial waters. Since phytoplankton play a key role in the food chain and the world’s cycles of carbon, nitrogen, phosphorous and other elements, a drastic drop could have measurable consequences. 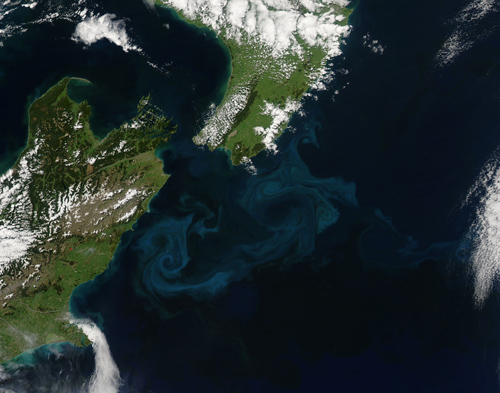 “In the tropical oceans, we are predicting a 40 percent drop in potential diversity,” said Mridul Thomas, MSU graduate student and one of the co-authors. “If the oceans continue to warm as predicted, there will be a sharp decline in the diversity of phytoplankton in tropical waters and a poleward shift in species’ thermal niches, if they don’t adapt to climate change.” 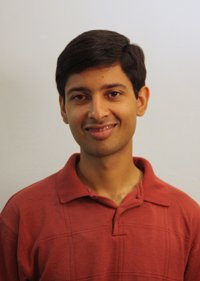 Mridul Thomas, MSU graduate student, worked with a team of MSU researchers that showed that warmer ocean temperatures could alter populations of phytoplankton and thus have an impact on climate change. Image courtesy of MSU

The microorganisms use light, carbon dioxide and nutrients to grow. Although phytoplankton are small, they flourish in every ocean, consuming as much carbon dioxide through photosynthesis as all the terrestrial plants combined.

Water temperatures strongly influence their growth rates. In fact, phytoplankton in warmer equatorial waters can grow much faster than their cold-water cousins. With worldwide temperatures predicted to increase over the next century, it’s important to gauge phytoplankton’s reaction and what will happen to the carbon that they currently carry to the ocean floor.

The researchers were able to show that phytoplankton have adapted to local current temperatures. Based on projections of ocean temperatures in the future, however, many phytoplankton may not adapt quickly enough to changes in their current environment. Since phytoplankton can’t regulate their temperatures or migrate, they may suffer significantly limited growth and diversity, Kremer said.

Being able to forecast the impact of these changes will be a useful tool for scientists around the world, said David Garrison, program director in the National Science Foundation Division of Ocean Sciences.

“This is an important contribution to predicting plankton productivity and community structure in the oceans of the future,” he said. “The work addresses how phytoplankton species are affected by a changing environment, and the really difficult question of whether evolutionary adaptation to those changes is possible.” 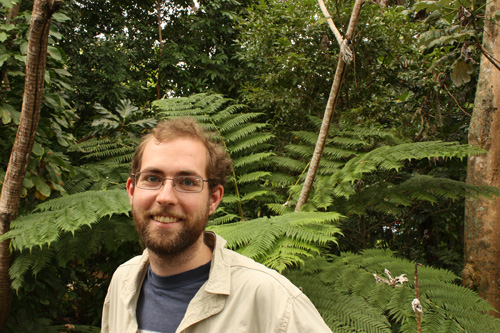 Colin Kremer, MSU graduate student, worked with a team of MSU researchers that showed that warmer ocean temperatures could cause phytoplankton populations to thrive near the poles and shrink in equatorial waters. Image courtesy of MSU

This research is funded in part by the National Science Foundation and MSU’s BEACON Center for the Study of Evolution in Action.