The omnipresence of paranormal entertainment piqued the interest of Paul Brewer, professor of communication at the University of Delaware, who wondered what makes viewers believe — or disbelieve — what they see on the screen.

His resulting study, recently published in the journal Science Communication, examines the influence of media messages about paranormal investigators on how people perceive the investigators’ credibility. Brewer conducted an experiment asking participants to read one of four versions of a newspaper article. After reading the selected article participants filled out a questionnaire.

“It wasn’t just any story about paranormal investigators that made people believe in ghosts and haunted houses,” Brewer said, “it was a story about how they were scientific.”

One version of the article described a paranormal investigator’s “scientific” approach to his work, including his use of various instruments, items Brewer describes as “trappings of science.”

One specifically mentioned in the article is an electromagnetic field (EMF) detector, used to locate sources of electricity. Members of the group who read this article were much more likely to call the investigators scientific and credible, as well as to believe in the paranormal. Brewer said the findings could trouble paranormal skeptics.

“They might look at this and say, well, all it takes is to sprinkle some acronyms in there and wave around cool looking things that beep and suddenly people believe in ghosts and haunted houses.”

Still, his findings do offer some solace to skeptics. Another version of the article in the study was identical to the “scientific” version until the end, where an extra paragraph was added. It quoted a professor debunking the investigators’ expertise. That article’s group was swayed by the opposing viewpoint and rated the investigators’ credibility at levels below the first group. 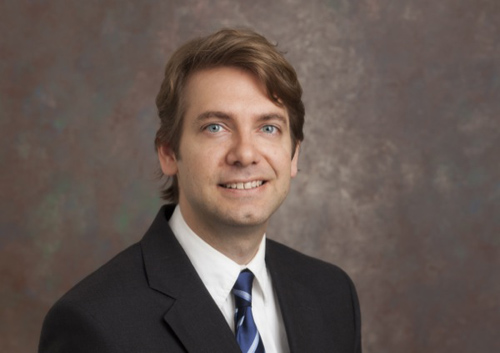 Paul Brewer’s research and teaching interests focus on political communication, public opinion and science communication. Past research publications include examinations of how media messages influence public opinion about the scientific controversy surrounding bisphenol A and how forensic crime shows such as CSI portray DNA testing.