COLUMBIA, Mo. – Fairness is not always the most important priority for small retailers. In an international study, University of Missouri researchers found that some small retailers are less concerned about whether they are treated fairly by business suppliers than other factors, such as cash flow and company survival.

Lisa Scheer, the Emma S. Distinguished Professor of Marketing in the MU Trulaske College of Business, notes that what retailers consider to be fair business practices differ greatly across cultures and situations. 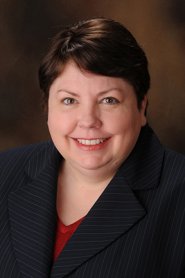 “It is presumed that fairness, however it is defined by individual businesses, is important to all businesses,” Scheer said. “Our research challenges that presumption and reveals that the importance placed on fairness can vary greatly among retailers.”

Scheer says businesses who partner with other businesses might have contrasting ideas about what fairness means, which could challenge business relationships.

“Businesses constantly are concerned about the importance of fairness in their relations with customers,” Scheer said. “However, less emphasis is placed on views of fairness among different business partners. In some cases, one business partner may be less interested in being treated fairly and more concerned about receiving adequate cash flow or profit for the business to survive. Investing time and effort to ‘be fair’ in those situations is wasted and even counter-productive if it undermines the factors that are more important to the other business partner.”

Scheer surveyed small retailers in 10 culturally diverse countries, including the United States, to determine their views on fairness in their relationships with suppliers. They found that, although most small business owners were concerned with fairness, the degree of importance placed on fairness varied greatly.

“The data from our study show that retail managers with low tolerance for uncertainty place much greater importance on fairness than those comfortable with uncertainty, an effect which is enhanced when the managers have had greater exposure to cultures other than their home countries,” Scheer said. “It is particularly short-sighted to extrapolate one’s own perspectives about fairness when doing business with partners in other cultures and in countries at different stages of development.”

Scheer suggests that businesses should learn about one another’s stances on fairness and other competing goals and business practices.

“Retailers should not assume that the priorities of their business partners match their own,” Scheer said. “The managers may be surprised to discover that their business partners place much less importance on fairness than other factors. If business partners discuss their values and probe to determine what is most important for each party, contracts and interactions can be designed to better match each participant’s needs, thereby building more effective business relationships. Everyone can ensure that they are on the same page and know what to expect when conducting business together.”