When grassroots activism becomes a commodity

Coming at the height of public opposition to Wal-Mart’s labor practices and expansion into urban markets, the founding in 2005 of Working Families for Wal-Mart appeared to reflect a spontaneous groundswell of public support for the retail giant.

In fact, it was no conventional grassroots campaign. A newspaper reporter later discovered that the group’s lone founder was Wal-Mart and the campaign originated with a consultant hired by the company.

The ruse was an example of a striking trend in American politics and commerce, explains a UCLA sociologist in an alarming new book. 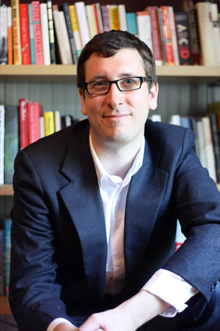 “Grassroots political action, typically understood as the exclusive purview of citizen organizers, has been adapted as a commercial practice deployed by consultants on behalf of corporations, trade associations, and the wealthiest and most professionalized advocacy organizations,” writes Edward T. Walker in “Grassroots for Hire: Public Affairs Consultants in American Democracy ” (Cambridge University Press).

The book pulls back the curtain on a lucrative industry of consultants who mobilize public activism as a marketable service and who at times resort to covert “astroturf” strategies — a term for fake grassroots efforts, inspired, of course, by the AstroTurf brand of fake grass —  that give the false impression of a mass movement.

These consultants employ state-of-the-art marketing tools and tactics to identify constituents whose interests appear to dovetail with those of their clients, explains Walker, an associate professor of sociology in UCLA’s College of Letters and Science. The consultants often partner with existing advocacy groups, but at times they also create false fronts, enabling corporations to masquerade as citizens’ movements. In addition to providing overall strategy, consultants orchestrate letter-writing campaigns and protests, and even ghostwrite op-eds and blog items. They link activists they have recruited with the media to be portrayed as citizens with independent interests that just happen to align with those of their clients. They also have set up Facebook pages and social media campaigns to grow their ranks and spread their message.

Over the past four decades, the practice has grown into a billion-dollar industry; nearly 40 percent of Fortune 500 firms have worked with at least one grassroots lobbying consultant, according to “Grassroots for Hire.” Business advocacy comprises the single largest source of the consultants’ clients and revenues, outpacing electoral campaigns, even though many firms started out as conventional political strategists.

Grassroots advocacy traditionally has been a “weapon of the weak,” giving citizens a voice in the decisions that affect their lives. But corporations and trade groups tend to use the approach to fight unwelcome legislation or regulation, respond to the challenges of a controversy, or counter public opposition to their practices or products.

An example is a campaign funded by the Career College Association, a trade group that represents for-profit colleges and universities. In 2010, the industry was troubled by numerous controversies and the prospect of new regulations that would restrict student loans at certain institutions. In response, consultants helped the industry establish groups like Students for Academic Choice, which challenged the proposed regulations — which were an attempt to curb exploitation of students — as an issue of student access to loans and education.

Similar efforts have been made on behalf of companies in health care, food and beverages, tobacco, telecommunications and many other industries.

Indeed, public affairs consultants have become so entrenched in advocacy that traditional grassroots associations now often hire them, Walker found. “In an ironic twist, the trend has now come full circle. In many policy battles, consultants are hired by interests on both sides of an issue.”

Walker traces the rise of grassroots lobbying to the 1970s, when a wave of new interest groups formed in the wake of 1960s protests. Spurred by opposition to new business regulations and inspired by victories scored by advocates in the era of Ralph Nader, businesses began to hire these consultants, who borrowed tactics from successful citizen-driven campaigns. Now, with an electorate that has become more partisan in the decades since, the mass public is a welcoming target for these consultants’ appeals, he writes.

More recently, the rise of social media has expanded consultants’ reach by enabling “clicktivism” — the ability to quickly circulate appeals to policymakers over the Internet.

Of course, the involvement of consultants doesn’t necessarily make professionalized advocacy harmful. Consultants hired by the Canadian National Railway received accolades for orchestrating a grassroots campaign in 2008 that mobilized primarily poor and disenfranchised Chicago citizens behind the company’s plans to reroute trains from the city’s south side to more affluent suburbs, whose residents opposed the efforts.

“Successful campaigns identify constituencies with their own genuine interests in the cause and who enjoy enough independence from the sponsor to be authentic,” Walker said. “That’s the sweet spot.”

Bad apples, on the other hand, are characterized by one of three features, Walker found. Supporters might be paid to participate, the source of a campaign’s support is hidden or miscommunicated, or, worst of all, fraud is perpetrated through deception or forgery. Walker cites recent cases involving Verizon and Intuit, in which journalists contacted people who supposedly had participated in letter-writing campaigns only to find that either they didn’t write the letters at all or their points of view were entirely misrepresented.

But even when paid advocacy doesn’t cross those lines, its rise is worrisome, Walker maintains. Consultants’ recruitment practices tend to amplify the voices of those from higher socio-economic strata who are already over-represented in today’s political discourse, Walker writes.

Astroturfing may be effective in some instances. But it’s generally risky because these tactics are so often uncovered, a process that leaves participants with black eyes, Walker has found.

“Mobilizing potential allies requires a level of transparency, honesty and creativity that is hard to come by,” Walker said. “But creating a false front very often backfires, and then the campaign’s sponsors end up in an even worse position than when they started.”