An international team of researchers will begin gathering in the Indian Ocean next month, using aircraft, ships, moorings, radars, numerical models and other tools to study how tropical weather brews there and moves eastward along the equator, with reverberating effects around the globe.

The six-month field campaign, known as DYNAMO or Dynamics of the Madden-Julian Oscillation, will help improve long-range weather forecasts and seasonal outlooks and enable scientists to further refine computer models of global climate.

DYNAMO is organized internationally as the Cooperative Indian Ocean Experiment on Intraseasonal Variability in the Year 2011 (CINDY2011), which is led by the Japan Agency for Marine-Earth Science and Technology.

The goal of the DYNAMO field campaign is to better understand a disturbance of the tropics, known as the Madden-Julian Oscillation or MJO. 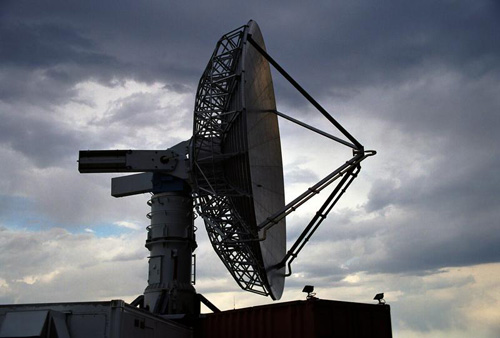 The S-PolKa radar on Addu Atoll in the Indian Ocean, before the start of DYNAMO. Image credit: UCAR

This disturbance, which originates in the equatorial Indian Ocean roughly every 30 to 90 days, is part of the Asian and Australian monsoons and can enhance hurricane activity in the northeast Pacific and Gulf of Mexico, trigger torrential rainfall along the west coast of North America and affect the onset of El Niño.

Scientists believe that the MJO is the world’s greatest source of atmospheric variability in the one- to three-month time frame.

“The Madden-Julian Oscillation has a huge impact all over the globe,” says Chidong Zhang of the University of Miami, DYNAMO’s chief scientist. “It connects weather and climate, and it is important to forecasting.” 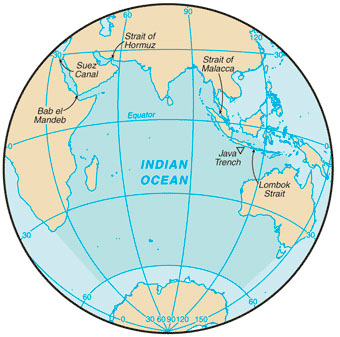 Scientists from around the world will gather for DYNAMO, a study of the Indian Ocean. Image credit: CIA

“The MJO drives weather in both hemispheres even though it sits along the equator,” says Jim Moore of the National Center for Atmospheric Research (NCAR), and director of the DYNAMO project office. “Its origins have never been measured in such a systematic fashion before.”

“DYNAMO is exciting because it’s our first chance to do a large, in-depth field campaign in the Indian Ocean,” says scientist Eric DeWeaver, program director in the NSF’s Division of Atmospheric and Geospace Sciences, which funds DYNAMO.

“This is a rare occasion,” DeWeaver says, “when many countries pool their scientific resources to look at a phenomenon that’s of tremendous interest to everyone. The precipitation pattern over the Indian Ocean can influence weather and climate as far away as the USA, including the number of hurricanes that form in the Gulf of Mexico.”

There are a total of 16 countries providing staff, facilities, and/or observations to the international effort. The countries are: Australia, China, France, India, Indonesia, Japan, Kenya, Korea, the Maldives, Papua New Guinea, Seychelles, Singapore, Sri Lanka, Taiwan, the United Kingdom and the United States. 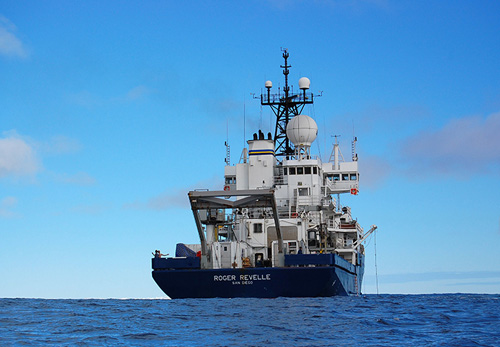 U.S. scientists, students, engineers and staff from 16 universities and 11 national laboratories and centers participate in the field campaign. NCAR provides major observing facilities to the science team and helps to oversee operations and data management for the project.

The main observation sites will be based in the Maldives, Diego Garcia and Manus Island, as well as aboard research ships and aircraft in the Indian Ocean. The major radar array and land-based observation “Super Site” will be located on Addu Atoll.

The AMIE project provides continuous observations on Addu Atoll and Manus for the six-month period.

“The entire international program encompasses a vast expanse of the Indian Ocean on both sides of the equator, and into the equatorial western Pacific, providing scientists a chance to measure the pulse of the whole life cycle of the MJO,” says Chuck Long of the Pacific Northwest National Laboratory, AMIE’s principal investigator. 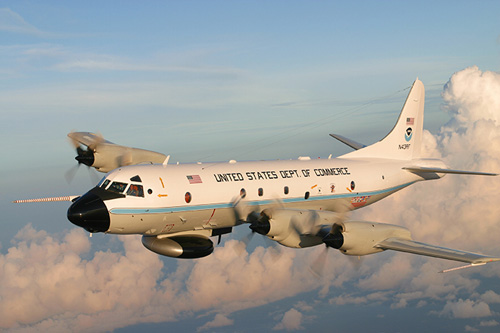 Scientists need to better understand the MJO, both to improve long-range weather forecasts and seasonal outlooks worldwide, and perhaps make the leap to longer-term forecasts of climate that may extend years into the future.

In winter, for example, the onset of an MJO can set off atmospheric waves that travel across the globe and, about 10 days later, influence the location and severity of major storms on the west coast of North America, some of which cause significant flooding.

“If you can find out how an MJO event starts, you may get a couple of weeks’ warning about wintertime storms in the United States,” says NCAR scientist Mitchell Moncrieff, a member of the DYNAMO Science Steering Committee.

At present, the computer models that scientists use to study global weather and climate fail to capture the oscillation very well. The information from the field campaign can lead to significant improvements in the models.

As global climate changes, it is becoming more important to understand how the atmosphere and oceans interact to regulate Earth’s temperature and respond to long-term variation.

Field projects such as DYNAMO and AMIE, with an emphasis on basic research, add to scientists’ growing body of knowledge about the many interconnected components of Earth’s complex climate system.

“The long-term applications and implications of the data that come from this international field campaign could be profound in terms of our understanding of weather, climate, and climate change,” Moore says.

The DYNAMO field campaign brings a considerable array of instruments to bear on the MJO, including two research aircraft provided by NOAA and the French Airborne Environment Research Service, four ships from the United States, India, Indonesia and Japan, a half-dozen meteorological radars, moored buoys and a suite of other instruments.

Especially critical during the field campaign are radars, which provide information about the microphysics inside clouds and rainstorms that lead to the development of the MJO.

At the project “Super Site” on Addu Atoll, a meteorological radar array with seven different frequencies will be used to scan the MJO as it moves through the region.

These radars are NCAR’s S-PolKa, a dual-wavelength Doppler radar that can distinguish the sizes and shapes of precipitation particles and observe the water vapor from which clouds form, thereby shedding light on the development of clouds and rainfall; Texas A&M C-band radar that can estimate rainfall and latent heating; and a suite of radars in a mobile facility of AMIE that detect different types of clouds.

“DYNAMO and AMIE mark the first time in the modern era that we’ll be able to use remote sensing techniques, particularly radar, to measure atmospheric phenomena from individual cloud droplets to large raindrops,” Moore says. “We have instrument capabilities for this project that we didn’t have 10 or 15 years ago.”

In addition to measuring the sky, the researchers also will turn their attention to the sea.

A collection of ocean sensors, deployed from ships and moorings in the open ocean, will collect data on ocean-atmosphere interactions.

The U.S. researchers are collaborating heavily with their Maldivian hosts. The Maldives Meteorological Service is providing local weather knowledge, meeting and operations space, and facilities; the researchers in turn will offer training on radar and other instrumentation to local meteorologists.

A DYNAMO and AMIE media day and opening ceremony will take place on Addu Atoll at the beginning of the field campaign.

Other outreach activities with local schools and organizations will be incorporated into the project during the entire deployment period.