Many neurological disorders, such as Parkinson’s disease and Alzheimer’s disease, are marked by impaired motor skills. In addition, growing evidence suggests there’s a link between some neurodegenerative diseases and body weight. A recent NIH study, for example, found that adults who are obese or overweight at midlife may be at risk for earlier onset of Alzheimer’s disease.

Despite these compelling findings, the genetic risk factors that contribute to the connections between motor impairment, obesity, and neurological disorders are poorly understood. Learning more about these links could shed light on the causes of many neurodegenerative diseases, and possibly lead to new therapies.

Now, a new study by scientists from the U.S. Department of Energy’s Lawrence Berkeley National Laboratory (Berkeley Lab) has identified genetic factors that influence motor performance and body weight in a genetically diverse group of mice. The researchers also found the genes identified in the mice overlap significantly with genes related to neurological disorders and obesity in people. 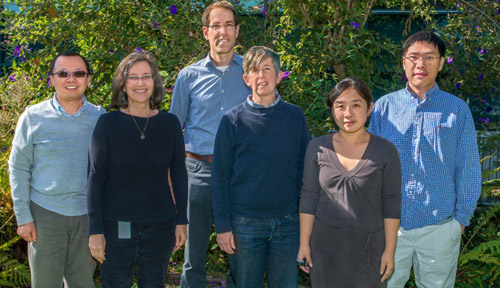 The research, reported November 9 in the journal Scientific Reports, provides further evidence for a link between obesity and neurodegenerative disease. It could also help guide the search for the genetic roots of neurological diseases.

The scientists studied a recently developed population of laboratory mice specially bred to be as genetically diverse as the human population. This mouse model, called the Collaborative Cross, encompasses nearly 90 percent of the genetic variation in lab mice. About 95 percent of human disease genes are found in the mouse genome, providing an important resource for human health research. Studying mice also allow scientists to control for other factors besides genetics that can affect disease, such as environmental conditions and diet.

The scientists used 365 mice from the mouse model, measuring their body weight and rotarod performance at ten weeks of age. A rotarod is a rod that rotates more quickly over time, forcing mice to balance like a lumberjack at a log rolling competition. As expected from such a genetically diverse population of mice, the researchers found a wide variation in the mice’s ability to balance on the rotarod. Also as expected, they found that heavier mice didn’t last as long on the rotarod as lighter mice.

To translate these findings to humans, the scientists compared the 1694 mouse genes in the 52 regions with human genes associated with body weight and neurological disorders, as identified in several genome-wide association studies.

They found that 103 mouse genes in 39 of the 52 regions overlap with 1766 human genes. For example, genome-wide association studies have identified 186 genes in humans associated with Alzheimer’s disease. The Berkeley Lab scientists found seven of these genes in the mice regions. In addition, 834 human genes are associated with obesity. The scientists found 48 of these genes are important in the mouse rotorod experiments. Similar strong overlaps were found for Parkinson’s disease, multiple sclerosis, and other diseases.

“This demonstrates that the Collaborative Cross mouse model can help us find genetic risk factors for neurological and other diseases,” says Mao.

Mao and Snijders are also using the Collaborative Cross mice in a Microbes to Biomes project to explore and reveal the interactions of gut microbes, their hosts, and the environment.

The research was funded by Berkeley Lab’s Microbes to Biomes Laboratory Directed Research and Development program and the Office of Naval Research.