Aerobic exercise triggers a reward system in the body of long-distance running creatures like humans and dogs, but not ferrets, a study led by UA anthropologist David Raichlen suggests.

In the last century, something unexpected happened: Humans became sedentary. We traded in our active lifestyles for a more immobile existence.

But these were not the conditions under which we evolved – our hunter-gatherer predecessors were long-distance endurance athletes.

“Aerobic activity has played a role in the evolution of lots of different systems in the human body, which may explain why aerobic exercise seems to be so good for us,” said David Raichlen from the University of Arizona’s School of Anthropology. 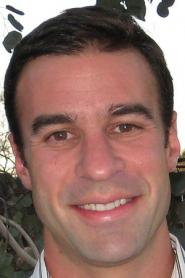 UA anthropologist David Raichlen explores our evolutionary history to help explain how and why our current, more sedentary lifestyle impacts our physical and mental health. Image credit: University of Arizona

Most human athletes experience the infamous “runner’s high” after exertion, which is caused by endocannabinoid signalling in the so-called “reward centers” of the brain. Chemically related to the active ingredient in cannabis, endocannabinoids are substances produced by the body that act as neurotransmitters.

Raichlen teamed up with Gregory Gerdeman of Eckerd College in St. Petersburg, Fla. and other colleagues to find out how exercise influences the endocannabinoid levels of two mammalian natural athletes – humans and dogs – and a low-activity species – ferrets.

The results are published in The Journal of Experimental Biology.

Recruiting recreational runners and pet dogs from the local community, Raichlen and UA doctoral student Adam Foster had the participants to run and walk on a treadmill and collected blood samples from them before and after the exercise. The ferrets were less cooperative, so the team collected their blood samples after exercise and during rest.

Next, Andrea Giuffrida and Alexandre Seillier with the department of pharmacology at the University of Texas Health Science Center in San Antonio, Texas
analyzed the endocannabinoid levels in the blood samples and found that the concentration of one endocannabinoid – anandamide – rocketed in the blood of the dogs and humans after a brisk run.

And when the team tested the human runners’ state of mind, they found the athletes felt much happier after the exercise. However, when the team analyzed the ferrets’ blood samples, the animal’s anandamide levels did not increase during exercise. They did not produce endocannabinoids in response to high-intensity exercise.

“These results suggest that natural selection may have been motivating higher rather than low-intensity activities in groups of mammals that evolved to engage in these types of aerobic activities,” Raichlen said.

Having found that exercising mammals releases pleasurable endocannabinoids, could these brain chemicals be the magic bullet that solves the obesity crisis?

“Sadly not,” said Raichlen, explaining that couch potatoes are not about to suddenly leap out of their comfy chairs and experience the pleasurable effects of exercise, because they probably cannot produce enough endocannabinoids.

He said, “Inactive people may not be fit enough to hit the exercise intensity that leads to this sort of rewarding sensation.” However, he is optimistic that sedentary individuals can be helped to build up their exercise tolerance until they cross the threshold where they become motivated to exercise by endocannabinoids.

Raichlen also suggested that exercise could be a cheap solution to many medical conditions, improving our mental state through the endocannabinoids and our cardiovascular and pulmonary condition through good old-fashioned exertion.