Scientists used genetic sequencing to discover that the vaccine used in the RV144 HIV vaccine trial, involving 16,000 men and women in Thailand, did offer some protection against certain HIV viruses. The results were published Sept. 10 in the online edition of Nature.

James Mullins, UW professor of microbiology, medicine and laboratory medicine, leads one of the two laboratories that did genetic analyses of the virus. He said the study proved that an HIV vaccine is within reach. 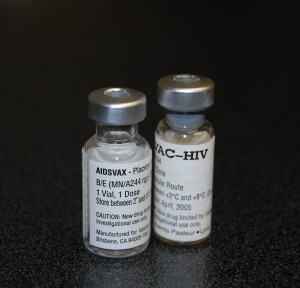 The partial effectiveness of RV144 offers clues to designing a successful vaccine against the several strains of HIV that cause AIDS. Image credit: University of Washington

“This study showed that a vaccine is possible,” Mullins said. “However, in order to be generally useful, we need to enhance its potency over that achieved in the Thai trial.”

Genetic sequencing allowed the scientists to demonstrate that the vaccine blocked certain strains of HIV from infecting trial participants. The new study reports that for viruses carrying two particular genetic signatures in the coat protein, including the region protective immune responses were found to target, the vaccine efficacy increased to 78 percent.

“Our data confirms that the vaccine had efficacy, but not against the full spectrum of HIV strains and trial data showed that its protective effects waned quickly,” he said. 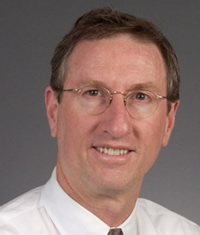 Genetic sequencing allowed the scientists an independent assessment of the immune responses induced by the vaccine. The results were published in a letter in Nature, “Increased HIV-1 vaccine efficacy against viruses with genetic signatures in Env V2.”

Researchers focused their analysis on the V2 portion of the HIV virus after a study published earlier in 2012 found that antibodies specific to the V1V2 region of the HIV genome correlated with lower risk of infection. This new genetic sequencing study showed that the viruses that broke through or escaped from these immune responses have genetic differences in the same V2 region. The results indicated that the vaccine exerted pressure in this region.

“This is the first time that we have seen pressure on the virus at the genetic level due to an effective HIV vaccine,” said lead author Morgane Rolland at the U.S. Military HIV Research Program. He is a former postdoctoral fellow with Mullins at the UW.