Research shows how industry spends to influence the legislative agenda

Every year companies spend hundreds of millions of dollars on elections in the United States. Yet studies of roll-call votes have shown that donations to specific office holders do not regularly yield the votes donors want. So why do industries continue to pour billions into the coffers of legislators?

“It isn’t the roll-call votes they are paying for because everything of influence happens well before the vote,” explained Alexander Fouirnaies, assistant professor at the University of Chicago Harris School of Public Policy. “New evidence suggests that firms place high value on access to agenda setters. They carefully use campaign contributions to buy access to a small handful of powerful legislators who control the industry-relevant agenda.” 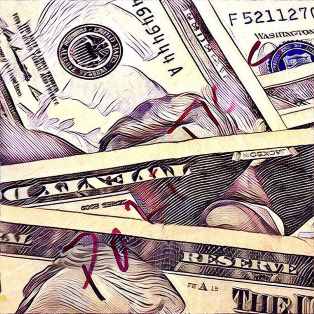 In his new paper, “When Are Agenda Setters Valuable?” Fouirnaies estimates how much firms are willing to pay for access to committee chairs and party leaders. Fouirnaies, whose paper is being published in the American Journal of Political Science, looked at the 99 chambers of state legislatures across the nation (Nebraska has only one chamber). He gathered information on committee information and combined that with data on campaign contributions, all of which is public information, and then broke it down by sectors and industries. The paper disentangles the value of agenda setting from other important factors by comparing donations to individual legislators before and after they attain a committee chair or party leader position.

“What I found is that some industries are much more sensitive to agenda-setting positions than others,” he explained. So, for example, the pharmaceutical, health, finance and real estate industries are very sensitive to changes in leadership at the state level, where state regulations can affect their businesses enormously. On the other hand, industries such as defense electronics and aeronautics are not as sensitive, since most of their regulation takes place at the national level. In still other areas, such as education, there is little to no financial gain to be made, making such industries insensitive as well.

Industry-related donations, of course, do not indicate an effort to influence the agenda. To show this, Fouirnaies looked at each industry and looked at the donations they made. What he found was that if companies or organizations in an industry really wanted to influence policy in order to maximize profits, they would funnel the majority of their funds towards the one committee that regulates that industry and give little or nothing to other committees.

The data used in the study goes back to the early 1990s, and in examining contributions over that period, Fouirnaies found a dramatic increase in the value of attaining a leadership position in certain committees in nearly every state. If a group wants to affect the agenda before a vote, it wants to target the people who have the most power at the pre-floor stages of law making.  But, he points out, there is no smoking gun. “We can look at indirect evidence, at contribution patterns over the past 25 years to see how the money flows and at how people could have influenced the agenda. Then we asked whether these are the people who got the most money,” Fouirnaies explained. He noted that all the chairs who do not have influence over any industry-related agenda did not get a large bump.

To bolster his claim that agenda setters are most valuable to industry donors, Fouirnaies also examined how campaign finance reform in different states affects money flow. In some states there is a ban on corporate contributions, in some there is a cap and in some corporations can give unlimited amounts to campaigns. He found that when states remove restrictions on campaign contributions, it benefits leaders and committee chairs disproportionately, which indicates that those who could introduce legislation to control campaign finance are those who have the weakest incentives to introduce such legislation. “This suggests that this is a fundamental problem in the political system that should be corrected, but such a correction could be very difficult,” Fouirnaies added.

In the last quarter-century, donations by industry organizations and companies have increased dramatically to agenda setters in all 50 states. Understanding that getting the legislation they want up for a vote—and stopping those bills they don’t want—is the underlying motivation for billions in contributions. Now that researchers have looked past roll-call votes to understand industry-related donations, we can begin to more carefully consider how such monies are affecting the democratic process.