COLUMBIA, Mo. ­— As automated traffic monitoring systems such as red light cameras keep a law enforcement “eye” on the streets across the country, many drivers accuse city governments of installing the monitors as a way to generate revenue. New research from the University of Missouri says the safety benefits of automated traffic monitoring systems far outweigh the potential for abuse. 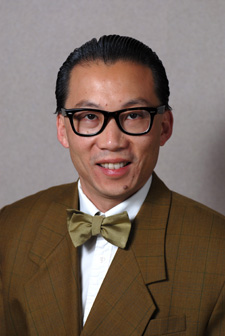 “A red light camera is not a panacea for traffic problems; it is a very effective tool for safe and efficient transportation,” said Carlos Sun, an associate professor of civil engineering in the MU College of Engineering.  “Just like any other tool, it should be used responsibly in the proper situation. The decision to use automated traffic enforcement tools requires a balancing act, but we shouldn’t take away an effective tool just because of the potential for abuse.”

Sun, who recently earned his law degree, cited statistics from the National Highway Traffic Safety Administration that indicate almost a third of all traffic fatalities are speed related, and that running red lights accounts for 883 fatalities and 165,000 injuries each year. Sun’s examination of numerous automated speed enforcement studies from around the world found the cameras to be effective at improving safety overall. Sun also found evidence that the presence of cameras created a “spillover effect,” as red lights were respected by drivers even where no cameras were present.

However, Sun did find room for improvement. Due to a lack of coordination regarding automated traffic enforcement laws throughout the legal system, Sun recommends that state legislators create laws regarding operation, privacy and jurisdiction.  Sun believes that certain types of vendor contracts, in which a third party installs and operates the cameras, could create mistrust among citizens. Despite the potential for cameras to “generate revenue,” Sun believes the checks and balances among traffic engineers, traffic enforcement, city administration, legislators and citizens should ultimately keep abuse in check.

“There are many parties from separate branches of the government involved in the operation of an intersection,” Sun said. “If people wanted to create a scheme to make money, it would have to involve many people who all have a charge to do their duty well. The irony of red light camera enforcement is that if people obeyed the law, the revenue wouldn’t be generated.”

The article “Is Robocop a Cash Cow? Motivations for Automated Traffic Enforcement,” is in the Journal of Transportation Law, Logistics and Policy and was assisted by Troy Rule, a professor of law at MU.