In a new study, addiction researchers found that attentive parenting can overcome a genetic predisposition to alcohol use disorder among teens. Although further research is needed, says lead author Robert Miranda Jr., parents can have an impact if they “closely monitor their child’s behavior and peer group.”

In 2010 a team led by Robert Miranda Jr., associate professor (research) of psychiatry and human behavior in the Warren Alpert Medical School of Brown University, found that teens with a single difference in their genes were more predisposed to alcohol use disorder. In a new study in Alcoholism: Clinical and Experimental Research he found that the risk was largely overcome in teens whose parents are attentive to their behavior and peer group. Miranda, a researcher at Brown’s Center for Alcohol and Addiction Studies, answered questions from science writer David Orenstein about the new study.

What did we know about genetic risk associated with A118G and teenage alcohol use going into this study?

In 2010, we reported in Alcoholism: Clinical and Experimental Research the first evidence that the A118G SNP of the OPRM1 gene is associated with a greater number of alcohol-related problems as well as the development of an alcohol use disorder (AUD) among adolescents. Specifically, adolescents who met criteria for an AUD diagnosis had a higher prevalence of the G allele (51.9 percent) than non-AUD youth(16.3 percent), and the G allele accounted for 9 percent of the variance in alcohol-related problems experienced by youth in the past three months, with a moderate effect size. Although these findings are consistent with some adult studies in terms of the nature and magnitude of this association, other adult studies did not find this relationship. 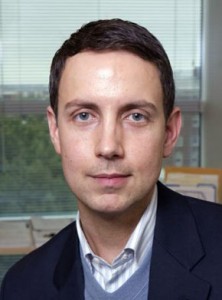 Robert Miranda Jr. “The take-home message from this research is that parents worried about their teen and drinking should closely monitor their child’s behavior and peer group.” Image credit: John Abromowski/Brown University

Overall, what did you find in the new research?

In this study, we took another look at our initial findings to test whether certain environmental factors, namely parenting practices and affiliation with deviant peers, influence the association between this particular genotype and alcohol-related problems in adolescents. We found that the association between this genotype and risk for an alcohol use disorder was moderated by these environmental factors, such that genetic liability was negligible for youth with high levels of parental monitoring and low affiliation with deviant peers. On the whole, this study highlights the importance of malleable environmental factors by showing greater parental monitoring and less affiliation with deviant peers can reduce genetic risk for developing alcohol use disorders.

How did you measure these effects?

We interviewed 104 European-American adolescents, ages 12-19 years, to ascertain alcohol use disorder diagnoses and measures of parental monitoring and affiliation with deviant peers. We collected genomic DNA from cheek swabs using standard procedures. Of the teens, 30 had the G allele.

Although findings from this study suggest that these environmental factors play a strong protective role, our findings are preliminary and future research needs to examine these associations in a larger sample.

What is your best advice for parents who are worried about their teens and drinking? Should kids be tested for this single nucleotide polymorphism (SNP)?

Testing adolescents for this SNP is premature at this time. The take-home message from this research is that parents worried about their teen and drinking should closely monitor their child’s behavior and peer group. It is well-known that parenting practices and affiliation with deviant peers influence the risk of developing problems with alcohol during adolescence regardless of genetic risk factors. Although this study is an important step toward advancing our understanding of alcoholism risk among youth, our findings are preliminary and future research needs to examine these associations in a larger sample.