New York City continues to battle an HIV epidemic, including among drug users. There are many possible interventions. Researchers have developed a sophisticated predictive computer model to help policymakers figure out which interventions, or combinations of interventions, would have the most meaningful impact.

Brandon Marshall, assistant professor of epidemiology at Brown University, has led the simulation effort ever since he was a postdoctoral scholar at Columbia University. In a new paper in the March edition of the journal Health Affairs a team from Brown and Columbia published the results of the simulation, which projects that New York can significantly reduce new infections among drug users by 2040 by implementing certain combinations of interventions. Marshall spoke with David Orenstein about what the predictive computer model shows.

Where is the New York City HIV epidemic headed and where could it be headed?

New York has made great strides. Over the last two decades we have seen a significant reduction in HIV incidence in the city, particularly among drug users. One thing the city has successfully implemented is widespread clinic and community-based HIV testing. What this modeling showed is that to achieve greater reductions in new HIV infections even more is required, and in particular, improving access to HIV treatment and care for people who use drugs.

One approach we tested is called the “high impact” combination approach. It consisted of four interventions scaled up simultaneously. Those are HIV testing, substance abuse treatment, needle exchange programs, and improving HIV treatment and care services. Scaling up all four of those resulted in an over 60-percent decrease in new infections by 2040, compared to what we are doing now. But what was particularly interesting is that combinations of two of those four interventions produced almost as much reduction in new HIV cases as the high impact approach. In particular, we saw that the combination of improving needle exchange programs and scaling up HIV treatment and care was very effective at reducing projected future HIV incidence.

Why use a computer model? 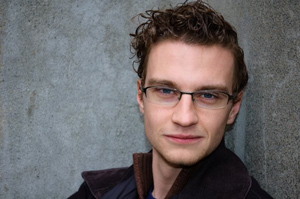 Brandon Marshall. “It’s very difficult to test combinations of interventions in a controlled trial manner. … Computer modeling is a very efficient way to get a prediction, or an estimate, of which combinations might be most effective.” Image credit: Brown University

In medical science we rely very heavily on controlled trials to test interventions. Those are the gold standard. They are very effective for testing one intervention. But when it comes to HIV, we are now very fortunate to have many interventions that are partially effective at preventing infection. It turns out it’s very difficult to test combinations of interventions in a controlled trial manner. Doing so requires a lot of people enrolled in very long-term, expensive studies. Computer modeling is a very efficient way to get a prediction, or an estimate, of which combinations might be most effective. That could inform where we could test specific combinations of programs in the field or with trials in the future.

New York has its first new mayor in 12 years. What should he know about this study?

I think that to truly turn the tide on this epidemic we need a concerted, coordinated effort from many different players – from the city to community-based HIV/AIDS organizations and from new federal sources of funding that may be opening up due to the Affordable Care Act. What this modeling has showed is that there is an important role to play for the whole spectrum of prevention efforts we have at our disposal. Importantly, this research supports the goals of New York’s Enhanced Comprehensive Prevention Plan that calls for increased HIV testing, programs to improve retention in HIV care, syringe exchange funding, and better linkage to substance abuse treatment for people who use drugs. We really have to redouble our efforts scaling up these programs if we are to achieve the objectives of this ambitious plan and ultimately get incidence down to zero.

You don’t get to zero in the model, even by 2040. Is getting there feasible?

It’s a goal that we all want to work toward, even if it’s one that may be inspirational at this moment.

You know, for every infection that’s prevented we save about $350,000 in lifetime treatment costs. That’s also an important aspect of this picture. Although we didn’t do cost effectiveness work in this particular study, a lot of other research has shown that the interventions we modeled turn out to be cost-saving because they prevent new infections.

What we’re talking about is having our prevention programs be at a greater scale and with better coverage. We know that in the United States only 28 percent of HIV positive people are fully engaged in HIV treatment and care. So we have a long way to go. Getting to zero is an inspirational goal, but there is a lot more we can do to improve the health of HIV positive people and prevent new infections now.

So where do we go from here?

My team is looking at a couple of new research directions. One is to adapt the model to lower income, international settings that are dealing with ongoing or emerging HIV epidemics among drug users. In these settings resources can be very scarce and it’s even more critical to understand which interventions can be most effective. That’s one area we’re moving toward. Another is to start to involve economists to quantify the expected savings that these types of scenarios might produce.