To give ‘Fairness’ a thumb-up. 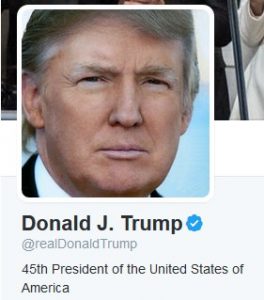 Pres. Trump’s tweets are important to give ‘Fairness’ a thumb-up.

Opponents will alwasy fear that, even it will break hearts of the rivals from within the Republicans. Normally politicians fear ‘fairness’. It’s unimaginable Hillary Clinton or Senator John McCain tweets about their agenda, future plans or openly deal with single day’s problem, and let the American people and world know about it. Secrets were always weapons of their success (till now).

Second, to give ‘Fake-News’ a thumb-down.

Fake news during the election time and after election shows how Pres. Trump became a victim of well-coordinated media propaganda. Best journalists from top media outlets did everything they could to plot a media-coup. But truth always wins and won.

Pres. Trump’s tweets give these fake news and those-behind-it not only a thumb-down, it keeps everyone up-to-date about his presidential duties and responsibilities. It proves him as a very dynamic personality.

The FAKE NEWS media (failing @nytimes, @NBCNews, @ABC, @CBS, @CNN) is not my enemy, it is the enemy of the American People!

Mr. Trump is the only world leader who could overcome the political boundaries while serving the highest position in the United States government and a ‘model’ for rest of the wolrd. Other leaders should follow him.

You may also read: