An international team of researchers, funded by the National Science Foundation (NSF) and NASA, will helicopter onto the Pine Island Glacier ice shelf, one of Antarctica’s most active, remote and harsh spots, in mid-December 2011–weather permitting.

The project’s mission is to determine how much heat ocean currents deliver to the underside of the Pine Island Glacier as it discharges into the sea. Quantifying this heat and understanding how much melting it causes is key to developing reliable models to predict glacier acceleration and therefore predict how much ice will be delivered from land into the ocean thus contributing to sea level rise.

“Pine Island Glacier has begun to flow more rapidly, discharging more ice into the ocean, which could have a significant impact on global sea-level rise over the coming century,” said Scott Borg, director of the Division of Antarctic Sciences at the NSF. “This project, which aims to determine the underlying causes of this phenomenon, illustrates the fact that research conducted in Antarctica contributes to knowledge that benefits society in general.” 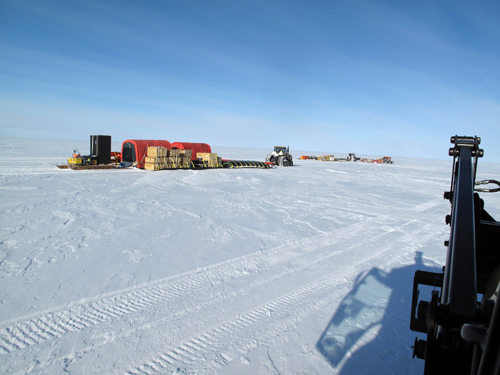 As manager of the United States Antarctic Program, NSF coordinates all U.S. research on the southernmost continent and the surrounding ocean.

The multidisciplinary group of scientists will use a combination of traditional tools and sophisticated new oceanographic instruments to measure the ocean cavity shape underneath the ice shelf and determine how streams of relatively warmer ocean water enter this cavity, move toward the very bottom of the glacier and melt its underbelly, causing it to release more than 19 cubic miles of ice into the ocean each year. If all goes as planned, the 13-person team will depart from McMurdo Station, the National Science Foundation’s logistics hub on Ross Island, in mid-December and spend six weeks on the ice shelf.

Facilitating this work is difficult–Pine Island Glacier is almost 1,400 miles (2,200 kilometers) from McMurdo Station–about the distance from Washington, D.C. to Bismarck, North Dakota. Everything needed to support the research and the scientists at this remote site has to be airlifted to the camp or transported by an overland traverse.

Extreme hazards–cold, harsh, stormy climate, as well as crevasses in the region present even further challenges. Transporting supplies and personnel to the site is a major undertaking and one that has taken several years to master.

Assessing and mitigating these hazards and obstacles has been a significant undertaking for NSF. The Pine Island Glacier research was initially supported as a centerpiece of NSF’s 2007-2009 International Polar Year (IPY) suite of projects. 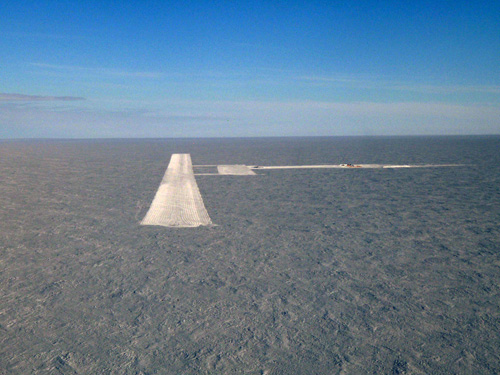 NSF served as the lead agency for IPY, a coordinated deployment of researchers from more than 60 nations to the Arctic and Antarctic.

“The scale of a project required to comprehend the dynamics of something as large and complex as the forces acting on the Pine Island Glacier also emphasizes the increasing need for agencies such as NASA and NSF to collectively bring their expertise to bear on common goals. It also highlights the important work done by the nation’s colleges and universities with NSF support,” said Borg. “This is a major undertaking but it promises very interesting and very important results.”